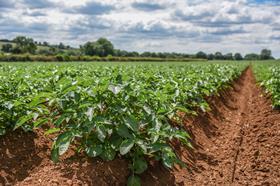 The AHDB will review its levy on potato growers following renewed complaints from some businesses that the organisation is “outdated” and “undemocratic”.

A group of Lincolnshire growers are organising a ballot seeking the views of other horticulture businesses on the AHDB, and have called for the levy to be made voluntary.

The group first raised objections to the compulsory levy payment in 2018, claiming it was “not value for money”.

AHDB corporate affairs director Guy Attenborough said AHDB has been developing new levy formulas, and is reviewing the basis of its potato levy calculation this summer.

He pointed out that the horticulture levy was reduced by ten per cent at the start of the year, with deferred payments also granted to help growers cope with the coronavirus crisis.

The growers behind the ballot are flower grower Simon Redden; vegetable and potato producers Peter Thorold and John Bratley, who have also called on the AHDB to release a full list of levy payers.

Thorold said: “We believe that in the interests of democracy and openness AHDB should be releasing all levy-payer’s names directly to the company running the ballot in order for all voices to be heard through our ballot. Despite a Freedom of Information request, they have refused to do this.”

John Bratley added: “We have been denied a ballot for the ten years that AHDB has been in existence, and following the government call for views, it will be at least another five years before one is held. With no representation on the Council, this undemocratic quango continues to impose itself on us without representation regardless of our wishes and needs.”

Attenborough rejected the claim that the organisation was undemocratic however, saying that the group had not reached enough co-signatures to trigger a statutory ballot.

“A ballot has never been denied to levy payers, as claimed. A statutory mechanism exists for a ballot to be triggered if five per cent of levy payers write in to request one. In the horticulture and potato sectors this is less than 70 and 125 levy paying businesses respectively. A total of 15 requests have been received in the last five years from horticulture growers and none from potato growers,” Attenborough said.

He added that growers’ issues are being addressed with new levy formulas currently being developed.

“We welcome debate and people need to feel we are accountable. It’s important to recognise that our priorities and work is all shaped and driven by growers who sit on our boards, committees and panels.

“We get regular feedback that our work is valued by many growers, particularly on areas such as on sprout suppression and alternatives to CIPC; prediction and management of significant virus, pest, disease and weeds; resource-use efficiency; skills, automation and market information.

“As a direct result of some of the comments received around the potato levy and its collection, we’re reviewing the basis of how it is calculated this summer. And recognising the pressure on commercial margins that horticulture growers are under, AHDB has reduced the horticulture levy by 10 per cent from this year, we are also working with growers to propose a new levy formula to better reflect modern production practices and have put in place a levy deferral mechanism for growers suffering difficulties as a result of Covid-19.”