Aldi named top of the shops 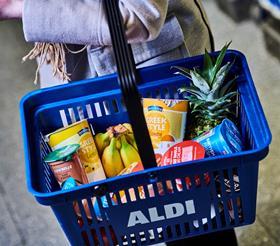 Aldi is officially the nation’s favourite supermarket, according to the latest polling data from YouGov.

Shoppers rated the UK’s lowest-priced supermarket ahead of M&S, Tesco and Sainsbury’s in the study.

It comes at the same time as the supermarket attracted an additional 1.6m shoppers as consumers look to save money amid rising energy, mortgage and tax bills.

An independent price comparison by trade magazine The Grocer also found that the Big Four supermarkets – Tesco, Sainsbury’s, Asda and Morrisons – were on average 19 per cent more expensive than Aldi.

Richard Thornton, communications director at Aldi, said: “With so many costs rising right now, customers want to know they can still afford to treat themselves to high-quality food and drink without breaking the bank.

“Aldi is the only supermarket to offer that unbeatable combination of great quality products at low prices. We believe that’s why British shoppers have, once again, voted us the nation’s favourite.”