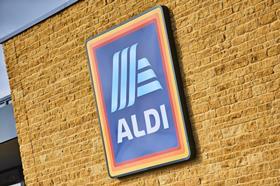 Aldi is to open 15 new stores across the UK before the end of the year.

The supermarket, which currently has more than 930 UK stores, will be opening in new locations from Edinburgh (November 25th) to Orpington (December 2nd) and Poole (December 16th).

The new stores form part of Aldi’s commitment to invest more than £1.3 billion by 2023, with plans to open 100 new stores over the next two years.

Ciaran Aldridge, National Property Director at Aldi UK, said: “There are still too many people for whom shopping at Aldi isn’t a convenient option. We’re committed to changing that and opening nearly four new stores a week before Christmas clearly demonstrates our progress with this.

“The new stores bring us one step closer to our goal of making our award-winning products at unbeatable prices easily accessible to even more shoppers across the country, and we look forward to welcoming local customers in for their weekly shop.”

The openings follow on from Aldi launching new stores in Cheltenham, Portlethen and South Harrow in October.

Last month, Aldi also opened its 50th London store in Dalston as it continues to invest in expanding its presence in the capital.

Full list of stores opening before the end of the year: