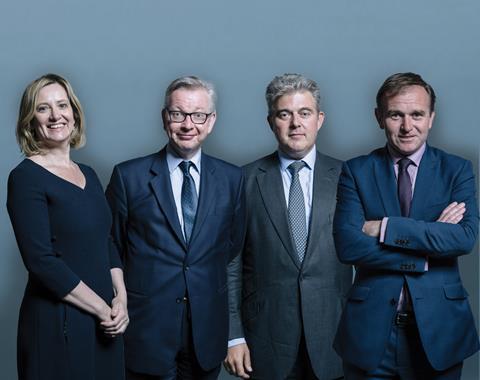 Industry frustration over the labour shortage is at boiling point following a meeting to address the situation at Defra this month.

Around 40 people, including growers, trade bodies and civil servants from various departments, were present at the meeting, with farming minister George Eustice also in attendance.

FPJ understands that Eustice listened to presentations but only stayed for questions for around 10 minutes before leaving. He was only at the meeting for around an hour in total.

One attendee at the meeting, who did not want to be named, said: “Defra did a good presentation in the minister’s presence, followed by presentations from growers, labour providers and the NFU. Eustice was asked what his solution was, but he didn’t answer the question. After he left, the meeting became farcical and turned into blue-sky thinking about how to solve the labour crisis.”

The source claimed that civil servants were left “embarrassed” by Eustice’s response, adding that the industry is “imploding” as desperate growers worry about where their labour will come from. Another source described Eustice as “fixated on peripheral details”.

One grower lamented the meeting as “a complete waste of my time”, while another said he was “more despondent than when I arrived”.

The Migration Advisory Committee (MAC) has been commissioned by the Home Office to prepare a report on the impact of Brexit on the UK labour market, but horticulture industry figures believe the report’s deadline of September 2018 comes too late for its needs. The fresh produce industry requires as many as 80,000 workers to ensure crops are picked and packed, with the overwhelming majority of these coming from the EU, and Bulgaria and Romania in particular.

The lack of a new initiative to replace the aborted Seasonal Agricultural Workers Scheme, which had already piled the pressure on recruiters even before Brexit, has led many to predict tough times ahead.

One of the participants at the meeting told FPJ: “It’s pretty clear that we are facing a complete trainwreck of a season next year. This year was hard but 2018 will be a completely different ball game.”

A leading figure from the catering supply sector, meanwhile, called for some clarity to enable the industry to plan. “We just need a statement that the current people who are here can stay, or can leave and come back – a lot of my employees don’t actually know,” he said. “There is an issue around seasonal labour, mainly to do with soft fruit. But the rest of the farm labourers we use all year, in winter for things like tidying, planting or maintenance, and then in summer it’s much busier with harvesting. They’ve got families, their kids go to school and they pay taxes. My restaurant customers are all in the same boat with their floor staff, chefs and porters. The industry will be particularly badly hit.”

A government spokesperson stressed that Eustice was present to listen to evidence collected by the industry relating to the 2017 peak season and remained to take questions, adding that there has only been one formal request from Defra for evidence from the industry, which formed the basis of the recent discussions.

“We recognise securing a strong agricultural workforce is crucial as we develop a new approach to farming outside the EU, and we are listening to the farming industry’s concerns,” the spokesperson said.

“Farming minister George Eustice attended the working group and there was a constructive discussion about the sector’s experience of attracting workers in sufficient numbers for the 2017 picking season, as well as their expectations for next year and once we leave the EU. The meeting also covered what future support the industry may need to ensure the continued growth and productivity of the seasonal produce industry.

“The government has commissioned advice from the Migration Advisory Committee to better understand reliance on EU migrant workers across the wider economy and we will work closely with our food and farming industry to consider their specific needs.”

Solid words, but don’t expect the industry to lie down and wait patiently for the outcome of the MAC report. British Summer Fruits is already advising growers to demand a meeting with their local MP to stress the severity of the situation, and it has previously been suggested that the industry might need to undertake a high-profile publicity stunt such as dumping fruit outside Downing Street to emphasise the point.

“The gloves are off now,” concluded one of the meeting’s attendees. It’s handbags for now, but the scuffles could be about to turn into a major fight.

Analysis: Why is the labour supply getting so tight?

A perfect storm of factors is converging to create the current labour crisis. Things were already somewhat tense following the government’s decision to axe the popular Seasonal Agricultural Workers Scheme, but that has been multiplied by the impact of the Brexit referendum vote.

The subsequent collapse in sterling’s value has made the UK a less attractive destination for migrant workers than continental Europe, before you add in the less tangible factor of EU citizens now feeling less welcome in this country. The general climate of uncertainty is not helping the situation.

Romanians and Bulgarians – the mainstays of manual farming in this country – are also increasingly being tempted to stay at home as their domestic economies start to strengthen.

And for growers, the headaches have mounted up as the introduction of the National Living Wage has put further pressure on margins at a time when managers are under pressure to offer higher wages to tempt staff.

The situation is even starting to affect major growers’ planting decisions. In an interview with the Financial Times last week, Barfoots’ farm manager Nathan Delicott blamed Brexit for a shortfall of 50-60 workers this season, with the company considering abandoning more labour-intensive crops such as broad beans that don’t offer sufficiently high profit margins.