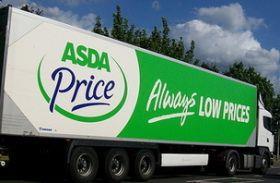 A retail veteran, Rose was appointed as chief of Marks & Spencer in 2004 and then went on to become executive chairman in 2008.

“I am delighted to be appointed chair of Asda, one of the biggest and best retail businesses in Britain,” Rose said in a statement.

In February, Asda was bought by billionaire brothers Zuber and Mohsin Issa and private equity firm TDR Capital from Walmart for £6.8 billion.

Rose is currently the chairman of EG Group, which is also owned by TDR Capital.

He said: “I am joining the board at a hugely exciting time, as Asda builds on the incredible resilience it has demonstrated during the pandemic and embarks on the next chapter of its evolution and growth under new ownership.”

Following Asda’s acquisition, it was announced that then-CEO Roger Burnley would be exiting the company. It was planned that he wouldn’t leave the business until 2021, once a long-term successor was in place, but in August he made a surprise exit, six months ahead of schedule.

Rose said a priority of the board is to appoint a new Asda CEO, “to take this great business forward over the coming years”.

Earlier this year, she was appointed to the EG Group board and leads its Audit Committee.

Asda co-owners Mohsin and Zuber Issa said: “We are committed to ensuring this iconic business has the right governance and management framework in place to set it up for long-term success.

“The appointment of Lord Rose and Dame Alison marks an important step forward in this ongoing process and we plan to appoint further independent non-executive directors in due course.”