Asda unveils a flurry of NPD 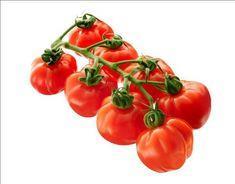 Asda has launched a raft of NPD across the fresh produce aisle.

The supermarket has made two additions to its Extra Special sub-brand in tomatoes with Tomkin and Divine. Both are grown exclusively for Asda in the UK by Flavourfresh Salads near Preston. Tomkin is a small, sweet-tasting, pumpkin-shaped variety. Lypso features in Asda’s Extra Special Divine pack and is a traditional plum type with a sweet, distinctive flavour.

Staying in the salads category, Asda has introduced a red variety of its Lazy Leaf lettuce, building on the success of the green type that was was first in store two years ago. A spokeswoman said: “The secret to this lettuce is in the preparation - just make one cut above the base of the head and all the leaves tumble apart, making an instant salad. The red colour adds some flare and interest while still tasting sweet.”

The retailer has added watercress to its Living Salads range. Grown by Crystal Heart in the Humberside area, Living Watercress is being trialled in 10 Asda stores this summer.

Strawberries have also benefited from some innovation, with Flair enjoying the early season window, some seven to 10 days ahead of Elsanta, followed by Jolly, which was developed in Italy by breeder CIV but grown in Kent.

Other novelties on the horizon for Asda will be Canary Islands bananas, micro herbs and UK melons grown within sight of the Olympic Park in east London.