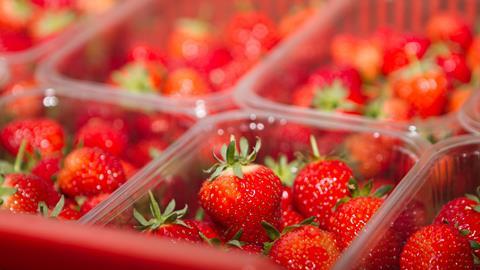 British Berry Growers complains of widening inflation gap between retailers and growers, and calls on supermarkets to pay “fair and reasonable price”

Retailers “seem to be looking after themselves”, and if returns to British berry growers don’t improve, they will be forced to reduce the volume of soft fruit they produce.

That was the stark warning from industry body British Berry Growers, which has accused retailers of failing to increase the price they pay growers in line with their increase in production costs.

The trade body’s chairman, Nick Marston, said: “More and more, we see talk from retailers about their support for British farmers, but at a time when British growers need it most, the talk is not being reflected in reality. Retailers seem to be looking after themselves at the expense of British growers.

“If we don’t address this disconnect, British berry growers will start to reduce the numbers of berries they grow, as they are unable to make a profit.

“That’s why British Berry Growers is calling for retailers to pay a fair and sustainable price for British berries, so that we can all continue to enjoy home-grown berries in years to come.”

Figures from the British Retail Consortium (BRC) showed a 13.3% increase in food inflation for December 2022, with no immediate signs of waning.

Meanwhile, an Anderson’s Farm Business Consultancy report revealed a minimum inflation in growers’ costs of 15% for 2022, bringing the total cost inflation for growers over two years to 26% minimum.

As an example, the industry body’s members reported a 0% average year-on-year return increase for strawberries, the largest product in the berry category.

The latest BRC data shows a widening of the inflation gap between retailers and growers, which could lead to greater instability in the category. This could present a serious threat to the sustainability of the British soft fruit market, an industry worth over £1.6 billion to the UK economy, British Berry Growers said.