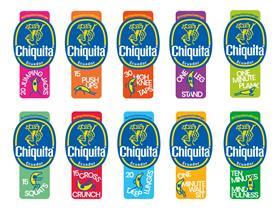 Capturing the attention of consumers in a crowded retail environment isn’t easy, and as technology continues to improve, there’s pressure on fresh produce brands to connect with the public online as well as in-store. Banana giant Chiquita continues to invest in a number of digital platforms and interactive campaigns to reach target consumers, particularly millennials, and keep the brand front-of-mind at the point-of-purchase.

“Leveraging the trend of consumer interest in brand origins, Chiquita partnered with Shazam – an audio and visual recognition app – to take shoppers and retailers on a digital journey to reveal what lies behind its iconic blue sticker,” says Chiquita’s director of sales in North America, Jamie Postell. “By scanning the sticker’s code, consumers were offered an augmented reality experience following the journey of a Chiquita banana from the farm in which it was produced, all the way to the grocery store.”

The partnership appears to have paid off for the brand, since over 16 per cent of users worldwide scanned the sticker. In the US, the campaign captured the brand’s coveted millennial audience, which accounted for 69 per cent of total users.

Similarly, Chiquita partnered with popular social media app Snapchat, highlighting the power of promoting healthy eating in a consumer-friendly way. The key here was to leverage digital platforms that Chiquita’s target consumers were already using, to create a seamless experience. Consumers were able to scan the SnapCodes on Chiquita’s blue sticker to unlock three branded lenses: a World Lens, a Face Lens and a Gamified Lens.

In a more recent Fitness Sticker Challenge, Chiquita again captured the attention of consumers with an in-store and digital sticker campaign that used its branded bananas to demonstrate various fitness exercises in a “fun, silly way”. The campaign also directed consumers online for nutritious recipes and fitness tips.

Postell says the challenge reinforced Chiquita’s focus on fun, healthy living and healthy eating, while also directing consumers to stores to collect each variety of the sticker, and online for exercise tips. He hailed the campaign as “extremely successful” since 73 per cent of clicks on the Chiquita website led to a visit to the Fitness Challenge landing page.

“Each digital programme was effective in leveraging technology to help reach consumers outside the grocery aisle, while also keeping the brand culturally relevant,” Postell said.

The sales director added that maintaining mutually beneficial relationships with retailers is another “key element to bridging the gap between in-store and online”. The main source of sales growth in the banana category, he says, is to increase the average volume of purchase per trip by educating consumers about healthy snacking occasions and reminding them to buy bananas.

To achieve this the brand has created co-branded promotional materials, such as social media posts, videos and banner advertisements that are often made up of lifestyle product imagery and recipes to demonstrate the many ways consumers can incorporate Chiquita bananas into their diet. Retailers are also provided with information on digital promotions to share with their own audiences and entice more shoppers into stores.