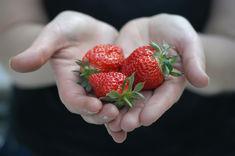 Egyptian citrus and berry production has risen substantially in the last few years and a number of exporters feel they can gain further exposure in the UK this season. In previous years, Egypt has been criticised for sending uneven quality fruit but many exporters now feel they are in a position to answer their critics and are no longer content to be seen as an alternative to Spain, Israel and Morocco.

A bumper Egyptian citrus harvest is forecast this season. Crop estimates for 2006/07 stand at 3.1 million tonnes, with oranges accounting for 1.8mt. Exports are set to increase by 15,000t to 665,000t. Navel oranges, which have secured a good reputation in the UK, account for the majority of sales.

The United States Department of Agriculture (USDA) attributes the anticipated rise in production to the increased number of bearing trees and the continued absence of strong winds, which can harm fruit set. According to the USDA, some 80 per cent of Egypt’s orange crop is cultivated on large farms and in 2005/06, exports increased to non- traditional markets such as Croatia, Russia and Norway.

Sources believe that Egypt can achieve further gains this season, following the recent rain in Spain, which has affected the shelf life of some fruit.

However, with first Moroccan fruit landing in late November in “perfect condition” according to one UK-based importer, Egypt is going to have to be at its best.

Egyptian citrus has been around for a number of years and all sectors of the UK market are looking for Egypt to become an even better source, says Bobby Welch, citrus manager of Richard Hochfeld.

“The market position for Egyptian citrus, which at this point of time is mainly oranges, has improved greatly,” Welch tells FPJ. “When it comes to production methods, due diligence, packhouse protocols and post-harvest treatments, Egypt has worked really hard and adapted to meet the demands of the European citrus markets.”

Observers say serious investment has been made in the country’s citrus industry and this has led to improved quality and significant demand in the UK.

“Egypt produces a good, clean orange known for its eating quality - this is driving the progression,” says a UK-based importer.

Producer Nahdet Misr intends to increase its citrus production by 20 per cent this season. Describing last season as ‘average’, the company is hoping to make gains in 2006/07.

“Our first Baladi oranges arrived in the UK in the first week of December, with Navel oranges due to land on December 15,” says the company’s Helmy Eissa.

Nahdet Misr cites other Egyptian producers as its main competitors but is confident about diversifying in the UK. “As well as oranges, we also export lemons to the UK and I think that in the future, we will expand into grapefruit,” Eissa reveals. “The UK is one of the major markets and we need to focus more on quality - then we will have a better chance.”

“We started picking oranges in early December and the weather has been good so far but we don’t want to say too much until the season is well underway,” says the company’s Zakaria Shamas. “However, we anticipate a good season.”

Al-Shams Agro Group supplies UK retailers and wholesalers and says Egypt is offered “reasonable” prices for its fruit. “Demand from Europe has certainly picked up over the past couple of years and we are looking to increase exports,” Shamas says.

EGCT produces a range of citrus and has exported its fruit to the UK for the last five seasons. It has its own packing house located 25km from Alexandria port. “Our state-of-the-art facility can handle 250t of citrus a day,” says an EGCT spokesperson.

EGCT packs citrus under the brands Extra, Venus and Master and, like Nahdet Misr and Al-Shams Agro Group, intends to increase its citrus production this season.

During the December-February period, EGCT produces Navels and then switches to Valencia, with the orange season winding down in May. It also produces lemons, limes, white grapefruit and soft citrus including mandarins, clementines and minneolas.

“We refuse to export any product unless it is of excellent quality,” says a spokesperson, adding that although it exports a wide range of citrus items to the UK, it believes that the best opportunities continue to lie in Navel and Valencia oranges.

Oranges remain the main focus of attention, but soft-citrus production is rising. According to the USDA, mandarins account for a large proportion of the soft-citrus crop and the season normally runs from December-March.

In 2006/07, exports are expected to reach 10,000t, similar to last season. However, sources say producers are looking to make in-roads in the UK market.

Meanwhile, winter berries have become a more important deal in recent years as consumers search for a bit of sunshine during the cold, winter months. Producers are already busy with the 2006/07 season and the first Egyptian strawberries landed in the UK around November 21.

According to Ian Waller, sales director for Redbridge Worldfresh, there has been a substantial increase in Redeva’s (the breeding arm of Redbridge) varieties.

“Plantings of Suzana have increased this year and we would expect to see in excess of 1,000t available for the coming season,” Waller says. “There are a number of selections that are ready to be named and we are seeing tremendous demand for Redeva plant material in Egypt.”

The Egyptian strawberry season normally runs until March. However, while importers reported “extremely good” demand during the 2005/06 season, very low prices in February brought an early end to Egyptian exports.

Despite winter berries continuing to garner attention, some sources have criticised them as lacking in taste. Waller is adamant that this is not the case. He says: “Our whole Redeva breeding programme is focused on giving consumers the best-tasting fruit. The outstanding growth we have experienced in the winter berry category has been due to consumers recognising a healthy product that they enjoy and continue to come back to purchase on a regular basis. Clearly this would not be the case if the product was tasteless.”

Having experienced success with strawberries, producers are now conducting trials on raspberries and blueberries. “I would expect to see some diversification within the next two years,” Waller predicts.

Egyptian fruit producer Pico intends to increase its strawberry shipments to the UK by 25 per cent this season. “We’ll send 1,400 tonnes from our own farms in the Delta region,” says Pico’s Heike Hagenguth. “With the improvements in our nursery practices and better nursery land, this has resulted in excellent plants this season.”

The new season got off to a good start with Pico achieving better volumes to date compared to last year due to its higher percentage of earlier varieties. However, with the season at such an early stage, Hagenguth says it is still too early to make far-reaching forecasts.

Although no new work has been done on developing varieties over the last three months, Pico has improved on existing varieties and has also added new ones to its product range.

It is also busy working on its international breeders trial plot. “We will focus on collecting the data in order to come up with good results that can be translated into commercial varieties next year or at least pilot production,” Hagenguth explains.

Pico says strawberries are extremely popular in December, especially during the Christmas period, but more could be done to boost future sales.

Hagenguth says that the berry sector could gain by producing high-quality fruit with minimum use of pesticides in order to increase the credibility and reliability of Egyptian exporters and embark on marketing campaigns with UK importers.

However, he acknowledges that producers are taking on board the need for improvement and Hagenguth says steps have already been taken to further reduce the number of pesticides used.

In terms of future initiatives, logistics is one area that will need to take centre stage and Pico predicts that seafreighting strawberries will gain more importance in the future.

“With improved post-harvest technologies and packing methods such as modified atmosphere and carbon dioxide injections, I see the possibility of a mixture of air and sea shipments,” Hagenguth says.