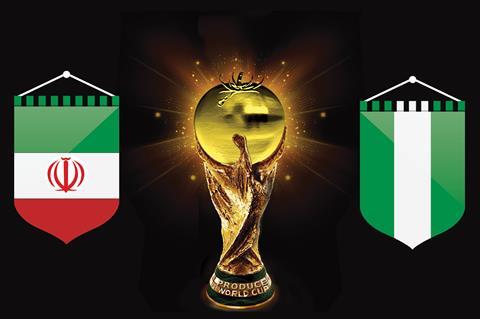 Alireza Emami:Kiwifruit and apples are the most important fruit that Iran exports, especially due to their long shelf-life. Iranian apples are better known around the world and are among the top Iranian fruit exports volume-wise. Iraq, Turkmenistan and the UAE are the main targets.

Ogba Sunday Kevin:Onukev Divine Benin is among the leading importers of fresh fruits in Benin Republic, such as apples, pears, plums and tomatoes.

AE:Considering the Iranian football team's progress in recent years, the people of Iran are extremely enthusiastic about the event. The final exams of school students are usually held in the first half of June, but for this year the Iranian Ministry of Education has scheduled for the exams to be finished three weeks earlier so that everyone, even school students, will have time to watch the games. Almost all people of all ages and genders have planned to be home in time to catch the games.

OSK: The World Cup means a lot to the people of Nigeria. It is a nation that loves football.

AE:There are two different points of view in Iran. One group of people is optimistic and believes that Iran will put in a great performance after all the progress the team has made. The other is more pessimistic and believes Iran has little hope of reaching the next stage given the strength of the teams in our group, including Argentina. What we all want is to see Iran plaY some nice games.

OSK:I think the team will do fine. Maybe they can go as far as the semi-finals. We hope they can.