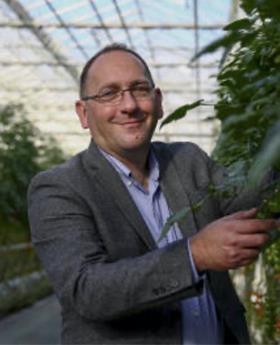 UK glasshouse growers are abandoning production while colleagues in the Netherlands turn down the heat due to soaring gas prices, making higher salad veg prices likely and retail shortages possible, according to producers.

Natural gas prices have been surging in Europe and the UK since last year as post-pandemic demand and lack of supply pushed up costs.

High winter demand from Asia and Europe, low supply from Russia pre-Ukraine invasion, a fire affecting imported French electricity, and a lack of wind for wind turbines added to the problem – causing gas prices to shoot up by more than 250 per cent during the first two months of this year, according to press reports.

Now Russia’s invasion of Ukraine on 24 February has made this difficult situation worse. In early March, fears that Moscow is planning to restrict supplies of natural gas to Europe in response to further rounds of sanctions drove prices higher still. According to the Guardian, on Friday (4 March), the price per therm spiked 25 per cent to hit a record high on energy markets before slipping backwards. A fresh peak above 500p per therm – nine times the price seen just over a year ago – is expected over the next few days as traders panic about the course of the war.

Well before the tragic turn of events in Ukraine, glasshouse growers in Hertfordshire’s Lea Valley – which produces 75 per cent of Britain’s cucumbers, sweet peppers and aubergines – were struggling due to high energy bills and post-Brexit labour shortages.
Today, over 50 per cent of the Lea Valley Grower Association’s 370 acres of glasshouses are lying empty since producers chose not to plant in January, February or March due to crippling costs.

“I’ve been the Lea Valley Growers Association secretary for years and have never seen so many empty glasshouses at this time of year, the last time was probably the Suez oil crisis,” says Lee Stiles. “We have asked the Lea Valley MP to support the removal of taxation and levies on energy and the introduction of subsidies for commercial glasshouse growers.

“If this is not successful British growers of short season crops such as cucumbers can only consider a smaller growing season from April to September that doesn’t require much heat. This will result in higher amounts of foreign imported vegetables and a reduction in the UK’s 61 per cent self-sufficiency in food.”

Sterling Suffolk went into full production in early 2019 from a massive greenhouse between Bramford and Blakenham. Last year it announced plans to increase in size by 50 per cent and increase its workforce from 70 to 100. But the massive increase in the price of gas which is used to heat the greenhouses and regulate the temperature has forced production to cease.

UK imports of salad crops are increasing from Spain and Morocco, Stiles says, because supplies from the Netherlands are also dwindling. Glasshouse growers there are turning down the heat on produce in a bid to stay afloat.

The supply of tomatoes, cucumbers, peppers and cut flowers is predicted to fall from the Netherlands, where an estimated 2.4 billion cubic meters of natural gas a year is needed to heat 25,000 acres of high-yielding glasshouses, according to press reports.

When gas prices hit a record high in December, Dutch glasshouse owners reacted by turning down the heat or leaving greenhouses standing empty, according to the Irish Inquirer. Some Dutch greenhouses are now running at 50-80 per cent of usual heat input, which could reduce their crop output by about 10 per cent, it said.

Helga van Marrewijk, communications manager for Growers United – a Dutch vegetable cooperative that cultivates 600ha of tomatoes, cucumbers, peppers and aubergines under glass for the European and UK markets – told FPJ that, while none of its greenhouses are empty, its growers - like those in the UK - are faced with “quite a challenge”.

“To produce fresh vegetables during the cold winter months, extra heating and light (for tomatoes) is needed. Due to the current energy prices, growing vegetables costs more than it makes,” she says. “Our growers have already invested in sustainable energy solutions, such as combined heat and power systems, using residual heat form the industry and geothermal heat, but they still need gas. Due to the high energy costs our growers have turned down the heat and light, which we estimate will cut our production by 2-4 per cent.”

Over the coming weeks and months, Stiles predicts salad veg prices in the UK will “inevitably increase” due to reduced supply from the UK and the Netherlands and higher transportation costs from Morocco. “Availability may reduce in store,” he adds.