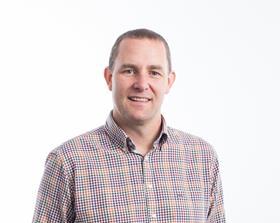 Greenvale managing director Andy Clarkson has praised his company’s efforts following a peak of orders saw them work extra hard to keep shelves stocked with potatoes during the coronavirus crisis.

Early waves of “panic buying” and shoppers stocking up on supermarket goods during lockdown measures, have hit food and fresh produce supply chains, while supermarkets scrambled to recruit thousands more to keep up with demand.

Clarkson recorded his thanks in a video posted online, revealing Greenvale had worked closely with customers during the crisis to boost efficiency and had put in place measures that were “little bit different to the norm”.

“Really big shout-out and thank you to all of our operational team that have been very, very busy over the last few weeks keeping up with orders and continuing to do their work,” Clarkson said.

“We’ve put some special measures in place of course to make sure they stay safe, but really appreciate everything they’ve done as a team over the last couple of weeks.

“We’ve been working with our customers to make sure things are more efficient and effective at our end and at their end, and making some changes to the range which has allowed us to keep potatoes on the shelves in the most efficient way possible over the last couple weeks.

“It’s really good to work with them on making changes and quickly putting into place some things that are a little bit different to the norm.”

Clarkson continued: “Also a big shout out to all of our hauliers, growers and suppliers that have worked with us over the last couple of weeks. They’ve been really busy too, but again working with them as partners we've got them working with us, we’re all in it together and it's great that they’ve been supporting us and helping us through this difficult time.”

With large numbers of the population either in self-isolation or unable to easily shop due to social distancing measures, Clarkson said Greenvale was able to support local charities in their efforts to keep the nation fed.

“Now that we’ve gotten over this peak of orders we’re turning our attention to where we can support our local charities be they food banks or local charities that just need a few potatoes to help feed their local communities in their local area. We’re really pleased as a business that we’re now able to help and support that, and keep moving that forward,” Clarkson said.

“Massive thank you to everyone that’s been involved, and massive thank you to all the team that are working through these difficult times. We’re going to carry on feeding the nation, and I hope everybody stays safe at home with their families where they can.”