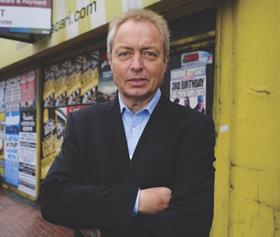 Although the big four supermarkets dominate the UK grocery scene, complemented by the likes of Waitrose and the hard discounters, the strangehold is unlikely to last.

As a youngster growing up in the 1990s, my mother did the family shop in either Safeway or Somerfield, neither of which now exist in their previous guise.

For Bill Grimsey, similar change could happen in the next five to 10 years, with the former CEO of Iceland and Booker predicting the demise of one big-four retailer within that period.

That’s not the only radical change Grimsey envisages either. He tells FPJ: “I think the future for fresh produce retail in the next few decades is exciting. The millennials don’t want to waste their time traipsing around massive supermarkets, and when Amazon fully enter the race, online shopping will cater for your Ribena and your Cornflakes, items the consumer doesn’t need to touch.

“Alongside that, and I predict customer experience will be the buzzword of the next 20 to 40 years, I believe we’ll see a resurgence of fresh food on the high street as this trend takes shape.”

“It’s heading that way now, and this generation is far more concerned about its carbon footprint. You could see a situation where we go back to local produce supplying a locality, and if this starts to happen, I think it will render out-of-town supermarkets completely redundant. It will be a massive headache for the big four.”

For James Walton, chief economist at grocery research body IGD, change can be expected in the way fruit and vegetables are packaged and labelled.

He says: “We expect to see further attempts made to extend the life of products. On the packaging front, this could mean the introduction of options which use less material, but offer a greater level of protection for the product inside.

While Grimsey reckons pressure from a range of factors – not least the current war on price, which he expects to last for at least another half a decade – will not only prove too much for one of the big four retailers, but alter the way that they all presently operate, Walton speaks of a blurring of the lines.

He says: “While we can’t speculate 120 years into the future, over the next 20 years at least, we think the structure of the market will change. We’ll be looking at traditional divisions between wholesale and retail being rubbed away and, similarly, divisions between foodservice and retail will be increasingly blurred.

“It’s even possible we’ll see divisions blur between different parts of the supply chain, such as manufacturing and retail. The key thing that will remain the same is that businesses will have to focus upon shoppers. Those that have the best information about their shoppers and a dynamic approach will be positioned to do well.”