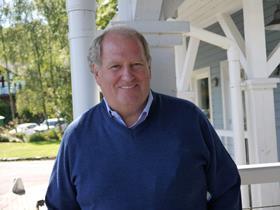 Prestwich, who was also a partner at Britain’s leading fresh-cut herb supplier, R&G, passed away after a lengthy battle with cancer.

He leaves behind his wife, Jennie, who is the daughter of the company’s founders, Richard and Gloria Stevens.

A statement from the family, said: “Warren will be deeply missed by his family, friends and colleagues alike. A loving husband, father and doting grandfather, he is survived by his wife Jennie, daughter Nikki MacPherson, son Mathew, who will continue leading the firm, and seven adored grandchildren.

'His larger-than-life personality, wicked sense of humour and way of doing everything in his own inimitable style will be missed by everyone who had the privilege of knowing him.”