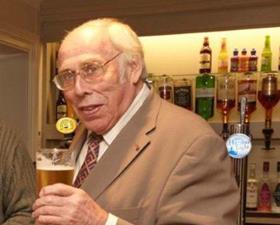 Industry legend Graham Ward, who played a pivotal role in the development of the modern UK horticulture trade, has died.

Ward passed away last weekend, according to a statement fromStockbridge Technology Centre (STC), where Ward was a former chief executive. The research organisation added that it was flying its flag at half mast in tribute.

Ward made a huge contribution to British horticulture and was instrumental in setting up the NFU's Board for Horticulture & Potatoes, becoming its first chair.

He received an OBE for his services to horticulture in 2005, and has won numerous lifetime achievement and other awards in recognition of his contribution.

In industry, Ward was chief executive of Home Grown Salads, later moving to Snaith Salads after HGS was sold to Geest. He was also regarded as instrumental in ‘saving’ STC, and he maintained his day-to-day involvement until stepping down as CEO last year.

STC said it will 'find an appropriate way to commemorate Graham’s contribution.'

From Worcestershire to Yorkshire

Though he made Yorkshire his home, Ward hailed from the west of England and the rich horticultural and growing areas of Worcestershire. He left to join the research and development section of ICI, and chaired and ran numerous grower co-operatives.

A statement from STC said: 'The board and trustees of STC are sure that much will be written about Graham’s contribution to our industry, and there will be appropriate ways to mark his passing. As a result of the current situation the family will be having a private funeral, however as lockdowns continue to ease we hope we will be able to hold an event in summer when we can mark the contribution Graham made to this industry and all share some stories and good humour about time spent with him.

'At this moment, it is a time to stop and remember Graham for the incredible individual he was, and most importantly in our thoughts, a husband and father.'