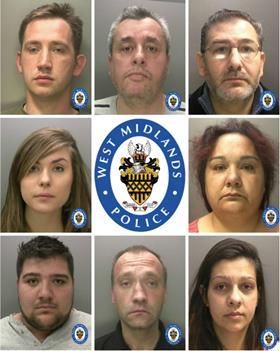 M&S and G’s have committed to convening a working groupto explore the development of a cross-sector intelligence sharing platform on modern slavery.

This was the outcome of an event on 31 January attended bygrowers, processors, fresh food business, retailers, NGOs and government official to discuss the challenge of preventing exploitation of agricultural workers.

A number of leading food business have already expressed their support for the project which will be developed over the coming months.

At the event in January there were over 250 people in attendance andkeynote speakers included the independent anti-slavery commissioner Dame Sara Thornton, the minister of justice Lucy Frazer and the director of food technology at M&S Paul Willgoss.

The day was hosted by G's and sponsored by the NFU with the purpose of bringing the food industry together to identify how it could work better together to prevent modern slavery.

Operation Fort, one of the UK's biggest ever modern slavery rings, was discussed from a number of industry perspectives and delegates heard from detective superintendent Nick Dale who led the police investigation.

G’s Group HR director Beverly Dixon said: “The number of people who attended the conference and the distances they travelled were testament to the importance we all place on the need to work together to prevent modern slavery. There was a real sense of purpose and urgency in the room as we seek to work better together.”