Mark Haynes steps down at G's 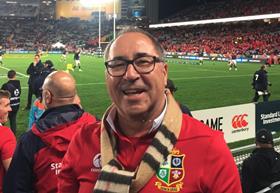 Mark Haynes has stepped down from his full-time role at G’s Fresh.

Haynes, who worked latterly as product director for organic vegetables and business development director for the Middle East at the Cambridgeshire fresh produce giant, stepped down on 6 July to pursue other opportunities.

It is understood these will include working on global trends and developments emerging from the Covid-19 pandemic, but he will also remain with G’s as a non-executive director for the Fresh Mushrooms division.

Haynes’ career with G’s began in 1983 when he was involved in, and later helped lead, the rapid growth of the business through the late 80s and early 90s and was regarded as instrumental in developing the early relationship with Tesco.

During that time he was also heavily involved in the formation and management of PES (Produce Export Services), working with a group of like-minded growers to export salads and vegetables to Europe. That culminated in the first load of product going through the Channel Tunnel.

Around the turn of the century he spent nine years working at a number of other fresh produce businesses including Emmett and Bomfords, and established Produce Global Solutions along with G’s and former colleague Jonathan Tremayne. This was an international mushroom business based out of Netherlands that was set up to supply Tesco directly, and it was the business that formed the foundations of G’s Fresh Mushrooms as well as May Farm, which is recognised as one of the leading growing and marketing operations for mushrooms in the UK and Europe.

Haynes has also been involved in a number of development areas, in particular the expansion of the Love Beets product range and brand globally, particularly in terms of the setup in South Africa, as well as introducing the brand to retailers in the Middle East.