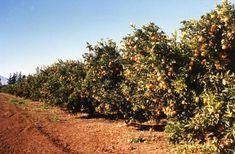 Severe lack of rainfall in the Souss area of Morocco is threatening the viability of the 2005-06 citrus and vegetable campaigns.

The area accounts for more than half of Morocco's citrus output and 80 per cent of its salads and vegetable crops, but growers have been struggling with drought conditions for about four to five years. This season they are forecasting a decline in citrus production of 10 per cent on last year's volume.

"The crop will be lighter in volume," Ahmed Darrab, secretary general of citrus producer-exporters association, Aspem told the Journal. "However sizes are better and we are hoping for some rain over the next month which could improve the outlook." He expects the harvest to begin as usual around October 25 with picking of the first clementines.

There have been reports that the effects of drought have been aggravated by high temperatures, but Darrab is more upbeat. "Actually temperatures have been lower this August than they were last year and that has helped fruit development," he said.

Aspem has been encouraging grower take-up of micro-irrigation systems but the investment required is off putting for many producers and government assistance is limited to 30 per cent of the total cost.