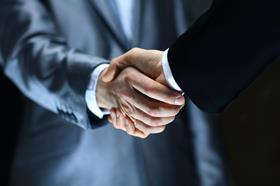 A scathing report by an influential committee of MPs has warned that the government's Brexit free trade agreements (FTAs) may not provide 'actual economic benefits', reports The Independent.

Not only that, the cross-party Public Accounts Committee added that there was a risk consumer standards could slip because of the deals – with possible 'trade-offs across different policy areas, such as agriculture, the environment and human rights”.

Tory MP Sir Geoffrey Clifton-Brown, who deputy chairs the committee, said the department for international trade was 'really struggling to point to tangible wins for British business, consumers or our own agriculture sector' from its programme of negotiations.

According to The Independent, the committee's report warns: 'There is a lack of clarity about how the department will measure whether it is achieving benefits from its programme of trade negotiations so that parliament can hold it to account for its progress.

'There is no guarantee that the agreements will deliver actual economic benefits unless the department provides vital support to help businesses use the agreements, particularly for smaller businesses wanting to export worldwide.'

Indeed, several of the FTAs inked over the last year have so far yielded no new export opportunities for the UK produce trade, according to industry body the Fresh Produce Consortium (FPC).

“I know as an industry we would be keen to expand exports, but the frustration our members are having is that the government hasn’t agreed what the phytosanitary agreements [with these markets] will be. Until these are agreed, we can’t export to those countries.Those phytosanitary protocols need to be put in place urgently.”

NFU President Minette Batters has consistently warned that it is overseas farmers that stand to benefit from the government’s latest FTAs, while farm businesses in the UK will be exposed to potentially crippling competition on the domestic market.

Her response to the signing of the UK-NZ trade deal in February was predictably bleak: “Once again, there appears to be extremely little in this New Zealand trade deal to benefit British farmers,” she said. 'The government is now asking British farmers to go toe-to-toe with some of the most export-orientated farmers in the world.”

Batters' fears are backed up by experts at home and abroad. Some leading Indian players anticipate limited scope for UK apples given the plethora of cheaper European offer already available on the market. While one straight-talking Australian produce market specialist told FPJ that bilateral trade in fresh fruit and veg between the UK and Australia is “a complete non-starter”.

According to The Independent, trade economists have also consistently warned that the benefits of free trade agreements with other countries are being oversold by the government.

One analysis conducted by the University of Sussex UK Trade Policy Observatory last year found that all the trade deals signed by the government so far since Brexit were worth 178 times less than the expect hit from leaving the EU single market.

Nevertheless, a spokesperson for the Department for International Trade told The Independent: “Getting a good deal for consumers and businesses is at the heart of our trade strategy. We have already secured over £770bn of trade deals with 70 countries plus the EU, while continuing to attract inward investment and boost our world-class exports.

“Last year we launched our landmark Export Strategy so more businesses can seize new opportunities in the world’s fastest growing markets and bring prosperity to every corner of the country.

“We take parliamentary scrutiny of Free Trade Agreements (FTAs) very seriously and have made enhanced commitments to scrutiny and transparency at every stage of negotiations, going far beyond our statutory requirements.”