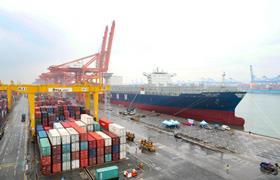 Eight new agri-food and drink attachés will be deployed by the government in priority markets as part of a plan to boost exports, unlock barriers to trade and open up new exporting opportunities around the world.

As well as posts in China, USA, India, Canada and Mexico, the agri-food attachés will be covering growth markets in the Gulf, Africa, South America and the Asia-Pacific region. There will also be additional capacity and resource in Europe.

Existing attachés in China and the UAE have been pivotal in securing access for a greater range of products, driving export growth and building mutually supportive relationships with trading partners, according to the government. Attachés are based in UK embassies and consulates overseas and have expertise in the agri-food and drink sector.

It is hoped the new attaché roles will help to reduce and remove trade barriers, broaden market access and support companies as they increase their market share in established and emerging international markets.

Secretary of state for international trade Anne-Marie Trevelyan said: 'From Scottish salmon and Welsh Lamb to Northern Irish beef and English sparkling wine, our food and drink is recognised at home and abroad for its great taste and high quality.

'Today’s announcement will showcase the very best that the UK has to offer on a global stage, boost jobs in our food and drink sector and help to level up every part of the UK.

“My department is supporting UK businesses on their export journey. From our Export Support Service to Export Champions, we want businesses all over the UK to have the tools to take advantage of the ambitious trade deals we are signing with countries across the world.”

It is no secret that fruit and vegetable exports only account for a small percentage of this total.UK vegetable exports (including re-exports) were worth £111 million in 2020, 14 per cent lower than in 2019, while volume decreased by 25 per cent to 107,000 tonnes.

In vegetables the Republic of Ireland was by far the biggest export market, accounting for 68 per cent of total export value. The next biggest market was the Netherlands with six per cent.