Carboplex, from Olmix, is being launched in the UK this week 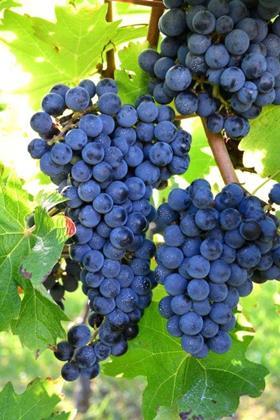 A trial took place on grapes in Spain

A new biostimulant, which stimulates fruit crops to convert carbohydrates to sugar faster, is being launched in the UK.

Carboplex is described as enhancing plant vegetative development and subsequent growth including earlier flowering, fruiting and harvest. It is being launched at Fruit Focus this week.

According to Grant James, Olmix sales manager for UK and Ireland, as well as increasing conversion of carbohydrates into sugar (Brix building), Carboplex also increases blossom in terms of flour number and quality; improves earliness and colour development in fruit; increases fruit size and number and improves storablility and shelf life; helps alternate-bearing crops in the programme with Multi-N; and boosts growth and recovery in poorly performing plants.

Carboplex is a combination of naturally occurring biostimulant materials and trace elements formulated with the AMIX Active Uptake Complex delivery system, James explained. “Micromix’s system is based on humic and fulvic acids with lignin salts uniquely formulated to produce a low pH formulation that does not compromise humic solubility.

“The AMIX Complex works with all divalent metallic cations to generate active, rather than passive uptake at the leaf surface. It has consistently generated yield responses even in the absence of any measurable nutrient deficiency.”

Carboplex increases sugar transfer to the fruit and fruit Brix levels and provides naturally plant-sourced sugars for higher carbohydrate production, Olmix says. It also teases the plant into converting stored carbohydrates into sugars at a faster rate and under unfavourable conditions such as low temperatures.

The biostimulant can also tackle alternate-bearing syndrome, where a year of high reproduction is followed by a year of low. “Multi-N applied to the foliage after harvest causes the tree to store the extra nitrogen as carbohydrates over winter,” James said. ”Carboplex, applied when the leaves unfurl the next spring, induces the tree to mobilise the stored carbohydrate as sugar, energising it and increasing blossom sites and potential yield.”

Finally, the biostimulant improves flower number and quality, fruit size and number, earliness and colour development, said James. “This combination and formulation of the biostimulant materials accelerates flower and fruit development by short-cutting some energy-hungry processes. This system means an earlier harvest as the plant’s natural ripening processes are speeded up.”

A company trial in Spain looked at application of Carboplex on grapes four times during the season, with two applications during early florescence and after fruit set and two applications from six weeks before harvest at 15-day intervals. Brix sugar levels were lifted by 16 per cent over the control, with fruit cluster weight up 15 per cent on the control, James reported.