No changes on GM food post-Brexit 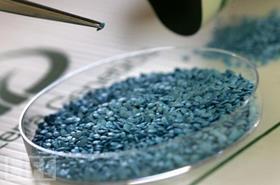 The scientific community's hopes of being able to expand trials and possible market rollout of genetically modified food post-Brexit have been dealt a blow by the British government.

Pro-GM scientists and farmers had voiced optimism that the UK would be released from the EU's strict rules on GMOs after it leaves the union, but in a 'no-deal' technical notice today (23 August) Defra stated that little would change from the status quo.

As the UK plans to simply 'import' EU law into the UK after March 2019, current EU regulations surrounding GM food would continue to apply in this country, meaning the release of GMOs would still require prior authorisations by the UK government, and would only be granted if there are no safety concerns.

At present, only one type of GM crop seed has EU approval for commercial cultivation. That is MON 810 maize, which is not being marketed or grown in the UK, and is not expected to be in the future. Five different varieties of GM carnations are currently authorised for marketing as cut flowers, and may be sold in the UK.

In the event of no deal, regulatory decisions on marketing GMOs would be made at UK rather than EU level, but the same risk assessment process will be applied, with Defra currently in discussions with the devolved administrations over whether those decisions are made jointly on a UK-wide level or individually in England, Wales, Scotland and Northern Ireland.

On exports, as the UK would be treated as a third country, UK firms would only be able to export GMO products to the EU if it has marketing approval within the bloc, and vice versa for EU products coming the other way.

Any EU decisions authorising the marketing ofGMOswhich are in force on the day the UK leaves the EU will remain applicable until the expiry of the current EU consent period, Defra added.