No-deal could price out UK produce 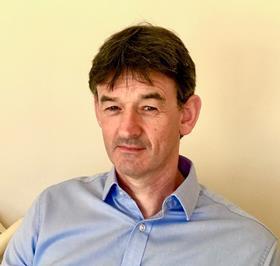 Independent quality assurance food and beverage specialists, Lloyd’s Register, is calling on the UK agriculture industry to work closely with retailers to ensure British produce remains affordable, as the country is warned to embrace the prospect of leaving the EU without a trade deal.

This month, supermarket giant Tesco has already confirmed it has started to stockpile certain items in preparation of a no-deal Brexit, while some reports suggest that food prices could rise by as much as 5 per cent in January.

With uncertainty on whether farmers will see tariffs increase, there are concerns around the knock-on effect this will have on the end customer given the UK’s reliance on receiving supplies of fertiliser and feed from Europe.

Lloyd’s Register’s global head of agriculture, Stephen Sanderson, said: “Delays and import charges will inevitably increase the cost to farmers, meaning the industry will have to recuperate this from elsewhere. While the Government has outlined plans to create a long-term roadmap towards a sustainable farming future, the short-term fallout of a no-deal Brexit could see consumers turn their back on UK produce in the event of price increases.”

In a 2019 survey of 1,000 UK consumers by Lloyd’s Register, cost was identified as the single biggest incentive behind purchasing decisions.The same report also identified the desire for more ethical and sustainable foods.

However, Sanderson said this may not be available in the very near future: “As we face the very real prospect of entering into another period of austerity in this post-Covid era, UK consumers are facing a real ethical dilemma.

“Consumers are increasingly aware of the methods in which food is grown, but they may no longer be able to afford ethical, sustainably produced home-grown food, or food that has been produced using the highest standards in the UK, especially if prices rise as we are being led to believe. The biggest concern in the food and beverage industry is the detrimental impact the UK’s trade negotiations could have on food quality.”

In October, the House of Commons voted against amendments to the Agriculture Bill, which sought to ensure that imported foodstuffs met equivalent benchmarks to those followed by UK producers. According to Lloyd’s Register, this could impact consumer decision-making, as Sanderson explains: “We could get to a stage where the only products consumers can afford or are willing to pay for are cheaper imports with substandard labelling, which could undermine the advancements we’ve taken in the UK to lead on quality.”

“UK agriculture is in a really fragile position where we could see food quality standards slip. Retailers have an important role here to ensure they are actively sourcing and promoting British food and standards, as we await subsidisation support from the Government. Without this support, we could face the prospect of consumers priced out from buying British foods, which are manufactured to lower standards.”