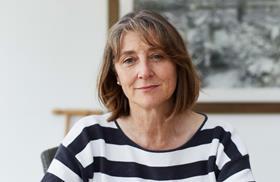 In an interview with the director of the Oxford Farming Conference, Anna Hill, on the OFC Podcast, Hugh Lowe MD Marion Regan said she was hopeful of finding alternative destinations for her Wimbledon crop. This will likely include supermarkets, local farm shops and independent stores.

“I’m hoping that everyone will still think gosh, it’s high summer, let’s eat plenty of strawberries, and we’ll be able to find other outlets for it,” she said, adding that there are certain things the business could do to ensure the fruit isn’t ready to harvest all at once.

“There are not many adjustments we can make. We’re pretty committed to that crop now; it’s planted and it’s there. But there are some tweaks we can make to timing.

“The challenge is always to get that particular crop that we’ve targeted for Wimbledon to peak in those two weeks, but we can probably do things to flatten the curve a bit in terms of its production.”

If there is surplus fruit that the grower is unable to sell, she said it would be redirected to charities such as a London food bank in Tower Hamlets.

When it comes to sourcing labour, Regan said it has been “quite heartening” because the message that growers badly need to workers to rescue their harvests amid coronavirus travel restrictions “seems to be getting out”.

She said Hugh Lowe had received “quite a lot of enquiries”, both through a jobs site and its own website, with media coverage of potential labour shortages helping to attract applications.

So far, a recruitment drive coordinated by HOPS Labour Solutions, Concordia and Fruitful has attracted over 26,000 applications from domestic workers, and many more applications have been received by producers directly and through other jobs sites.

There are, however, concerns over whether some workers, for example those that normally work in hospitality, will finish their picking jobs if their original employers return to business mid-way through their harvesting placement.

“In the last several years we’ve had a fantastic team of harvest workers, predominantly from EU countries–a lot from Romania and Bulgaria,” said Regan.

“Many have been coming back for many years and they come for three to six months. Now they can’t get here and that’s a real challenge for us.

“We have got some people here already… we’ve probably got a quarter of the people we need here already and then we’ve got to work out what to do [about getting the rest that we] need.”

At the peak of the season, Hugh Lowe employs around 700 people, although not necessarily all at the same time and not all as pickers.

Regan said picking soft fruit at speed and selecting the right fruit is “quite a specialist skill” and requires some training, adding that you need to be both motivated and focused.