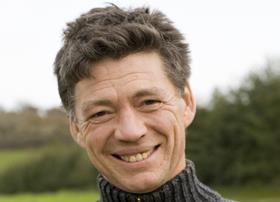 We may be conversant in the language of a multicultural 21st century foodie but many of us are at a loss as what to do with a Savoy cabbage or a piece of brisket. How can it be that, as a nation so interested in food, over 50 years the percentage of household income devoted to it has slipped from 33 per cent to 15 per cent, and is still falling?

Despite the best efforts of Jamie, Hugh, Gordon, Nigella et al, there is less cooking than ever going on. Moreover, what unprocessed ingredients there are in our kitchens are even less seasonal than they were 10 years ago. When we started the Riverford box scheme in 1993, before the current media frenzy around local and seasonal, our typical customer ordered a weekly box of seasonal vegetables and cooked them with little fuss, perhaps with the addition of the occasional curry or stir fry.

Fifteen years later, when all the column inches would suggest that such behaviour was at the epicentre of a national movement, the number of people able to cook with the seasons and accept the limitations that they bring, has, if anything, declined. Our longstanding core customers carry on cooking but, of the customers who have joined us over the last two years, particularly in wealthier areas, there is limited appetite for what we really like to grow and sell: seasonal, home-grown veg. They will buy the fruit and the tomatoes, the broccoli and the peppers but many reject the boxes that include even moderate amounts of core seasonal roots and greens, which demand more traditional cooking skills.

Why do we have this mismatch of aspiration and behaviour? Memories of appalling school dinners don’t help when it comes to vegetables such as cabbages and swede, and a dogmatic adherence to ‘local’ can be hard work in April and May, but I am convinced that a lack of skills, time and confidence in the kitchen is the main issue. Indeed, I suspect that some of the media attention may have actually sapped confidence in this area, and made cooking seem unattainably distant.

We are now raising a generation whose parents will rarely be seen cooking and even more rarely with local ingredients. Though there is undeniably a counter–current emerging, it is a small eddy or turbulence in the general flow, which is still one of decline. Our celebrity chefs and food writers must take some credit for this change, but the battle is far from won and there is a real danger that, as the gap widens between what is on television and the reality in our kitchens, cooking will become a spectator activity. The nation will slump back with a takeaway and watch it on TV instead.