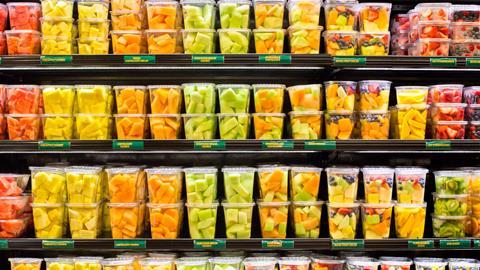 The UK prepared produce industry is “in trouble” and, unless a perceived imbalance between retailers’ margins and those of their suppliers is addressed, there could be further business casualties in the coming months.

This was the reaction from two of three leading industry figures that spoke to FPJ following the news on Wednesday 18 January that Orchard House Foods, a leading supplier of prepared fruit and juices, had officially entered administration.

A third source suggested that, rather than being part of a wider malaise in prepared fresh produce, some of the factors that led to the company’s financial downfall were “quite specific” to Orchard House.

That source pointed to financial issues within the business that existed before it was battered by the combined challenges of Brexit, Covid, labour shortages, higher energy prices and numerous transport strikes.

Just two years ago, the company was the UK’s biggest supplier of prepared fruit. But the supplier reportedly experienced financial difficulties in recent years, and in 2021 was acquired by UK private equity fund Elaghmore.

In December 2022, the company closed its Gateshead site, with the loss of 430 jobs. Then on 18 January its Corby site followed suit, which means the potential loss of more than 500 permanent jobs and many more agency positions.

The industry sources, who preferred not to be named, expressed their sadness and disappointment at the news. One told FPJ that “extraordinary cost pressures” facing suppliers, coupled with the “intransigeance” of some retailers to sufficiently increase prices, left some businesses in a precarious financial situation.

The sources did point out that some supermarkets have shown greater understanding and have tried to support suppliers with their rising costs.

However, the fact that others are reported to make a 40% gross margin on certain fresh-cut lines was evidence of “a fundamental industry problem”, one said.

The pressures on prepared fruit suppliers are particularly intense, one added, because of the “vast number of elements that go into the creation of that final SKU”.

The prepared fruit sector is more exposed to energy costs and has bigger and more complicated labour requirements than most wholehead categories, another explained. They added that labour is often harder to source because jobs are year-round and aren’t covered by seasonal worker visas.

In addition, high-tech machinery is required to process the fruit, products need to be food-safe, and packaging has to meet strict plastic and chemical requirements, all of which adds extra cost.

To complicate matters further, demand for prepared fruit has been volatile since the start of the pandemic due to a large increase in the number of people working from home, which contributed to a decline in food-to-go consumption.

“It’s not going to get any easier for prepared produce suppliers, and it’s quite possible that others are limping along, so it wouldn’t surprise me if another supplier went out of business,” one source predicted.

All three emphasised their continued belief in the category’s potential, particularly in more “normal”, settled times.

Nevertheless, it is a category that “needs a lot to go right” and requires businesses to have “everything in place”, one explained.

It is crucial, for example, that companies have a well-funded business with a strong capital structure, they agreed. The suggestion is that this is where Orchard House Foods and others have fallen short.

According to one source, a fundamental problem with prepared fruit supply, particularly to the major multiples, is that products are sold too cheap and therefore devalued.

“In the US, prepared fruit is everywhere – it is sold in big packs, there is everyday consumption, and prices are significantly higher – whereas in the UK we’re still very price-focused,” they said.

“That may be driven by the consumers, but it might also be the margin aspirations of the retailers holding the category back.

“When I talk to people around the prepared industry, those focused on retail are struggling most.”

The source acknowledged that prepared fruit is clearly an added-value product but stressed that the cost of adding that value is substantial. Another emphasised the considerable cost of complying with the various audits now required by retailers.

It is key, they said, to strike the right balance between a price point that consumers are prepared to pay and delivering a sustainable margin to the supplier.

The prepared fruit sector differs from many other fresh produce sectors in that prices are generally agreed and fixed at the same rate for the whole year or season.

“You’re not pricing monthly or weekly,” a third source explained, “so you absolutely have to get that price right when you agree it. The trouble is that there are a huge number of variables at the moment, not least energy prices.”

With Orchard House Foods exiting the category, it is expected that the supplier’s lost business will be handed to the remaining major players in prepared fruit – namely PrepWorld, Blue Skies, Dole UK and Del Monte UK.

Asked what Orchard House Foods’ exit will mean for the rest of the sector, an industry expert said: “You’d like to think that consolidation will allow those that do survive to get better cost-efficiency and better leverage with the retailers”.

The thinking is that the remaining companies will be operating at a bigger scale and that the retailers will have fewer suppliers to choose from in Orchard House Foods’ absence.

The source added that “there aren’t a wealth of businesses trying to get into prepared fruit at the moment”.

Time for a reset?

“This moment needs to be a shock to the industry,” another concluded. “This is a once in a business lifetime moment where we say: ‘Are we all willing to let this trajectory continue or do we need to look at how we can enhance our supply chain – from retailers down to farmers – and ensure that everyone is paid fairly for the work that is done.”

The company traded from sites in Corby and Gateshead, with the latter site closing its doors in December 2022 and the former following suit in January.

O’Toole, who is a partner at Grant Thornton UK said: “Economic conditions have proved incredibly challenging for many businesses operating in this sector. Despite management’s best efforts to find a long-term solution for the business, challenging trading conditions have meant the difficult decision has been taken to appoint administrators.”

A spokesperson added: “The administrators will be making contact with the former employees of the Gateshead site to assist them in making the relevant claims with The Insolvency Service.

“The majority of the remaining employees have been made redundant and the administrators will be seeking offers for the business and assets of the company.”