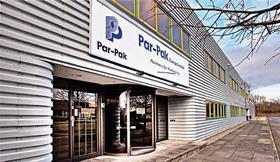 The manufacturers will join Par-Pak and Holfeld Plastics (which was acquired by Par-Pak last year) under the newly-formed Waddington Europe banner.

The moves by Par-Pak, which is the UK Division of the US-based Waddington Group, form part of its European growth aims.

Deltaform and Chiltern Thermoforming are leading independent manufacturers of rigid plastics packaging for the UK food industry, working in areas including soft fruit.

Kevin Ingram, MD for Par-Pak and Holfeld Plastics, said: 'The acquisition of these two highly-successful manufacturers reinforces the Waddington Europe brand, enabling us to achieve even more accelerated growth and expansion into new markets both in the UK and in Europe.

'Deltaform and Chiltern offer a complementary portfolio and bring to the table an exciting breadth of products to a vastly extended customer base offering shared values, expertise and the widest customer knowledge.

'The combined product ranges and merged technical resources greatly enhances the capacity of the member companies under the Waddington Europe banner to serve the specialised requirements of their existing and new markets.'

Par-Pak was incorporated in 1973, and has since become a leader in the international PET Rigid Packaging Industry.

Par-Pak Europe is based in Milton Keynes, Buckinghamshire, is owned by the US-based Waddington Group.