Pesticides in produce linked to infertility 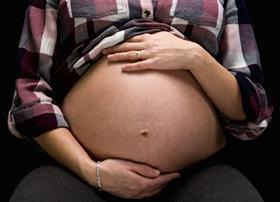 Women who eat fresh produce with high pesticide levels may be less likely to get pregnant, an American study has shown.

The research project examined 325 women undergoing infertility treatment with assisted reproductive technology at a clinic in Boston. Of these, 228 women had live births.

The study by Environmental and Reproductive Health (EARTH) ranked the women in five groups according to their exposure to pesticide residue based on their responses in a dietary questionnaire.

The results suggest that the level of pesticides women are exposed to may be one factor affecting their ability to get pregnant and successfully give birth using IVF.

Researchers calculated that by replacing one serving of fruit and veg containing high levels of pesticide with lower-pesticide food, could make pregnancy 79 per cent more likely and boost the chances of a live birth by 88 per cent.

According to the 2017 ‘Dirty Dozen’ list, which outlines the 12 fruits and vegetables containing the most pesticide residue, strawberries, spinach, nectarines and apples are among the worst offenders.

The study’s lead author told Reuters that washing produce would not reduce the amount of residue on produce, but he did say that buying organic fruit and veg was sensible for foods that tend to have high pesticide levels.