Obituary: Charles Barter, a leading figure within the British watercress industry, has died suddenly after a short illness 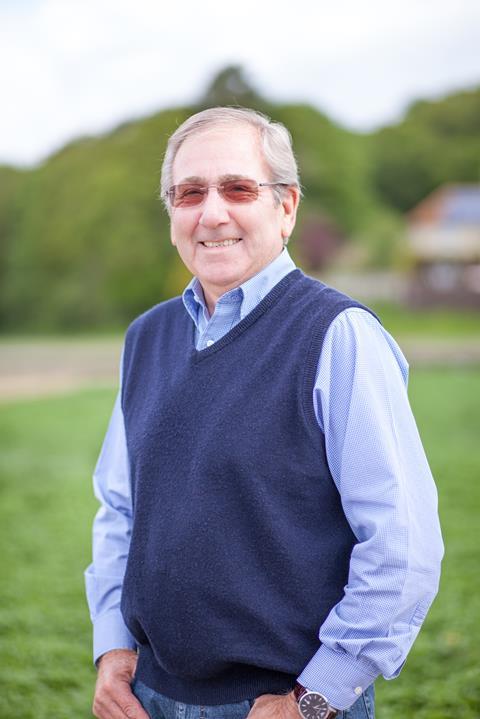 Charles Barter, a leading figure within the British watercress industry, has died suddenly after a short illness.

Charles’ family’s relationship with watercress began in the 1930s when his father, Leonard, established Golden Springs Watercress Farm in Tincleton, Dorset and where Charles began working in the 1960s. By the 1980s he had taken over the full running of the business and formed a partnership with Peter Mills. Shortly after, B&M built a packing factory in Alresford, Hampshire (later known as Alresford Salads) to efficiently pack the watercress for customers. He loved to toy with machinery, developing equipment that at the time was cutting edge technology and which is now commonplace across the industry.

Charles was also the first watercress grower to explore the possibility of establishing farms in Spain. He began trials in the late 1980s on land in Jerez and went on to found Royalcress SA to help secure year-round supplies of watercress for the British market.

In 1994, Charles sold his ownership of the B&M business to Peter Old, an old friend from Dorset, resulting in the creation of The Watercress Company. Charles was MD from 1994 until 2007 after which he remained an active director until his passing. He is very fondly remembered by all who worked with him. His management style meant that he knew when to delegate, encouraging people to find their own way, allowing both them, and the business, to develop and flourish; under his tenure The Watercress Company secured 60-70% of the UK watercress market.

Charles was a member of the NFU Watercress Association for over 50 years and for several of those held the chairmanship. During this time, he helped to drive change within the industry, being closely involved with the seed breeding programme which vastly improved the yield and production of crops; he supervised the development of a watercress code of practice which culminated in a Defra funded and recognised Industry Guide to Good Hygiene Practice to ensure the safe and reliable production of watercress. Latterly Charles successfully campaigned for watercress to be given TSG status, gaining recognition of, and protection for, the unique traditional method of growing watercress in flowing spring water.

Charles was also a founding member of the Watercress Alliance, a marketing body funded by The Watercress Company, Vitacress and Bakkavor. The Alliance was formed in 2002 to revive sales of watercress which, by the end of the 1990s, were extremely sluggish.

Using the slogan ‘Not Just a Bit on the Side’, the Watercress Alliance successfully turned around the fortunes of the watercress industry, resulting in a renewed enthusiasm for the salad leaf and an award at the Institute of Public Relations’ annual awards ceremony.

Ground-breaking scientific research commissioned by the Alliance demonstrated how the compound, PEITC (which gives watercress its distinctive peppery flavour), has cancer fighting properties, while the development of recipes to broaden the usage of watercress and the foundation of the Watercress Festival in Alresford (now in its 19th year), all helped to re-establish watercress’ reputation as a superfood.

Charles remained a key figure on the festival committee helping it to run smoothly every year, and was a judge on the Watercress Food Awards, valiantly testing entries for their watercress content.

In 2014, Charles was presented with The Winchester Millennium Egg Award by Winchester City Council. This is Winchester’s equivalent to the ‘Lifetime Achievement’ Oscar for the local economy. It is awarded in celebration of local people and organisations that have made a significant and sustained contribution to the economy of the district. Charles was delighted to receive it. He was also a very supportive and active contributor to the local parish council in Dorset where he lived.

Charles’ role in driving and restoring the fortunes of the watercress industry cannot be underestimated and his input will be sorely missed. He remained passionate about watercress right up until the end, visiting the Watercress Company offices just a week before he died, but in his spare time he enjoyed motor racing, gardening and spending time with his cherished family at home in Dorset.

Charles leaves behind his wife Bridget, and children Louise and Julian.