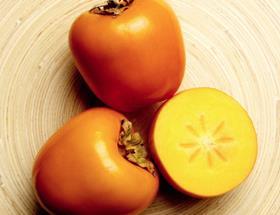 Growers of Spanish Persimon have tipped this season to return to normal volumes after last year’s nightmare conditions.

Persimon is the PDO-certified variety of persimmon fruit, spelt with a single ‘m’, with growers estimating around 150,000 tonnes to hit supermarket shelves this month. The season runs from October to January.

Since its arrival in the UK in 2005, the Persimon variety has sold around 30 million fruits, regularly outselling other exotic fruits such as mangoes and kiwifruit.

Persimon is controlled by the Kaki de la Ribera del Xúquer regulatory council, which governs its PDO status. This ensures it is the rojo brillante variety and has been grown in the Ribera del Xúquer valley region where it was first discovered, as well as ensuring the fruit comes from growers that have passed a series of checks on aspects including traceability and quality of the Persimon they supply.

The regulatory council and Foods from Spain have promoted Spanish Persimon in the UK since 2005. After pausing the campaign last year, due to the difficult season, promotional activities have commenced as usual.

Rafael Perucho, head of the regulatory council, Kaki de la Ribera del Xúquer, which controls the PDO certification for the fruit, said: “Campaigns such as this are extremely important.

“Consumption of Persimon is rising every year, along with consumer awareness – there can be no doubt that the promotional activities are facilitating that trend.”