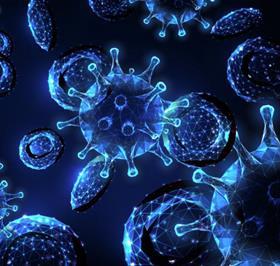 Britain faces a “Covid decade” of upheaval due to social and economic inequalities created and made worse by the pandemic, a landmark review has concluded.

Major changes to the way society is run in the wake of the pandemic are needed to mitigate the impact of the “long shadow” cast by the virus, the British Academy report found.

Published today (23 March) on the anniversary of the UK’s first lockdown, the report brings together more than 200 academic social science and humanities experts and hundreds of research projects. It was commissioned last year by the Government Office of Science.

The British Academy warned that failure to understand the scale of the challenge ahead and deliver changes would result in a rapid slide towards poorer societal health, more extreme patterns of inequality and fragmenting national unity.

“With the advent of vaccines and the imminent ending of lockdowns, we might think that the impact of Covid-19 is coming to an end. This would be wrong. We are in a Covid decade: the social, economic and cultural effects of the pandemic will cast a long shadow into the future – perhaps longer than a decade,” it said.

The British Academy cautions against over optimism as the UK thinks about recovery from Covid, however, warning that it is “no ordinary crisis” that can be fixed by a return to normal, but one that thrived amid pre-existing social deprivations and inequalities and which has exposed deep-seated flaws in public policy.

“In sum, the pandemic has exacerbated existing inequalities and differences and created new ones, as well as exposing critical societal needs and strengths. These can emerge differently across places, and along different time courses, for individuals, communities, regions, nations and the UK as a whole,' it said.