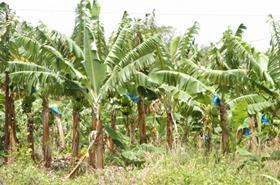 The world’s least developed countries will continue to enjoy tariff-free trade access to the UK post-Brexit, the government has pledged.

Under current EU trade arrangements, less economically developed countries (LEDCs) do not have to pay duty on exports into the UK for all goods except arms and ammunition – a policy the UK government says it will continue.

In the fresh produce sector, Bangladesh, Burkina Faso, Mozambique, Mali, Benin and Haiti will be among the countries to benefit from the decision.

And the government announced it will explore options to expand on relationships with developing countries such as Jamaica, Pakistan and Ghana – all of which are currently subject to a mixture of reduced or zero tariffs on the goods they export to the UK.

“Our departure from the EU is an opportunity to step up to our commitments to the rest of the world, not step away from them,” said international trade secretary Liam Fox.

“Free and fair trade has been the greatest liberator of the world’s poor, and today’s announcement shows our commitment to helping developing countries grow their economies and reduce poverty through trade.

International development secretary Priti Patel added that “building a more prosperous world and supporting our own long-term economic security is firmly in all our interests‎”.

Bananas – one of the UK’s biggest imports from the developing world – will benefit from the arrangement, with the UK importing six per cent of the world’s dried and fresh banana exports.

Countries such as the Dominican Republic, the Ivory Coast, Cameroon and Ghana are an important source of this trade to the UK, contributing to 30 per cent of total banana imports.

The Fairtrade Foundation, which campaigned for the decision, welcomed the government pledge. Head of policy Tim Aldred said he was “pleased to hear” the commitment to “strengthen the position of the least developed countries who provide such a high quantity of the goods sold in our supermarkets and high streets.'

However, he said the position of poor countries just outside the “least developed country” category, such as Kenya, will need to be clarified.

“Government will also need to take care that large deals with emerging economies do not push out the sales from the poorest countries,” Aldred added.

'As powers to negotiate trade deals are returned to the UK, we would like to see active parliamentary scrutiny of new deals, so that the voices of farmers and workers in developing countries can be fully considered.

“Fairtrade campaigners will be watching closely to make sure that these welcome promises today are delivered in practice.'