'We will ensure workforce for growers,' says Defra 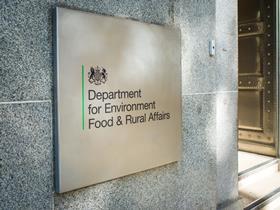 Defra has promised to back growers

The UK government has pledged to back UK growers and ensure they have the support and workforce they need over the coming weeks, as Russia's invasion of Ukraine yesterday (24 February) threw into question seasonal worker availability.

Last year, 67 per cent of the 30,000 seasonal workers arriving in the UK on the government's pilot visa scheme were Ukrainian, according to Home Office figures.The next highest grants were for Russian (2,278, 8 per cent), Bulgarian (1,111, 4 per cent) and Belarusian nationals (1,007, 3 per cent).

Some UK vegetable growers told FPJ they were so worried about having no labour to pick their crops as a result of the Ukraine-Russia conflict that they planned to slash plantings by 70 per cent or grow nothing at all for 12 months.

Last night the Home Office announced that any Ukrainian nationals in the UK with a visa for seasonal work will have their leave extended to 31 December 2022. This includes horticultural workers under the Seasonal Worker Visa Route, as well as HGV drivers and pork butchers working under the temporary visa schemes.

A Defra spokesperson told the FPJ: 'The government will ensure UK growers and farmers have the support and workforce they need. Currently, there are no impacts [from the war in Ukraine] on the supply of seasonal workers.

'[SAWS] Operators are able to recruit from any country they choose for the seasonal workers visa route, both within the EU and outside the EU.'

'The Seasonal Workers scheme is now operating until the end of 2024 in support of both the edible and ornamental horticulture sectors,' the spokesperson added.

Two of the four licensed SAWS operators, Concordia and Pro-Force, told FPJ yesterday that they had contingency plans in place to recruit enough seasonal labour for UK agriculture from outside the Ukraine and Russia.

Pro-force said UK produce growers will have enough workers this season and that they were working on the contingency plans already in place to secure workers from outside the Ukraine and Russia.

Kate Quick, head of marketing, communications and fundraising at Concordia said they were currently collating data to assist the Home Office and Defra about worker arrivals from the Ukraine.

“As this situation has been developing for some time, we do have a back-up plan so that UK agriculture will continue to be supplied with the sufficient number of workers,” she told FPJ.

Commenting on the situation, Jack Ward, CEO of the British Growers Association, said: “We are deeply shocked by the decision of Russia to invade the Ukraine and our thoughts are with the Ukrainian people.

“One of the implications here is on the UK fresh produce industry. Flights from the Ukraine are cancelled for the next four weeks. Fertiliser costs are expected to spiral. Securing labour has once again been thrown into question. The situation has highlighted just how fragile our food security is.”