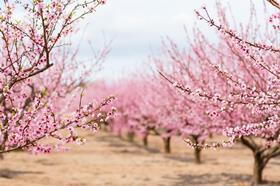 The Hort Innovation funded project began in 1997 and has since produced four almond varieties that are self-fertile. These have now successfully completed field trials.

“When we first started this project more than two decades ago, the aim was to identify and breed new varieties so growers could have better long-term options. Back then there were only a few old varieties and they lacked a strong taste profile and were mostly used for processing,” Wirthensohn said.

“We needed to investigate ways to create a sustainable domestic almond industry that was robust and resilient and could thrive in a number of challenging conditions,” she added.

“Disease resistance was important, as was producing high-yield with the same water use. So, we set our sights on breeding varieties that would meet all of the industry’s standards and have successfully completed field trials which have shown that these varieties will set fruit without any insect intervention.”

Wirthensohn said the breeding program is now aiming to produce varieties that are resistant to diseases.

“We’re also looking to increase the diversification of current varieties for the almond industry by 2023; incorporating a selection of new self-fertile varieties with larger kernels, higher yields; and improved pollinators for Nonpareil,” Wirthensohn said.

“The investment in transformational breeding technologies shortens the time taken to produce a new variety for Australian growers,” Rajandran said.

“The Australian almond industry is expected to grow significantly over the coming years with this year’s production forecast set at 108,000 tonnes. The development of new varieties will give growers more choice for their new plantings and re-plantings while increasing productivity per hectare and driving sustainability.”