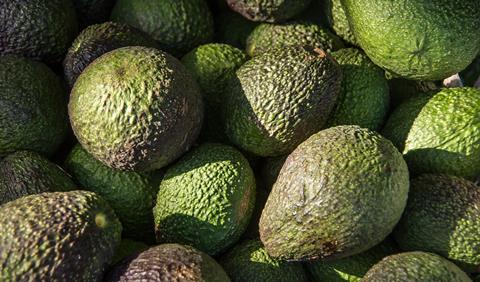 Australian avocado production has exploded in the past 12 months and growing consumption and exports will be the key to managing oversupply according to a new report from Rabobank.

In The ‘Avolanche’ of Australian Avocados, the bank’s outlook for the avocado industry, Rabobank said a significant maturing of avocado trees in the past season – primarily in Western Australia and Queensland – has resulted in a bumper crop, causing a national oversupply and seeing retail prices fall to a record low of A$1 each in June 2021 and again in July 2022. Additionally, retail prices for 2022 remain tracking at 47 per cent below the five-year average.

“A bumper 2021/22 crop in Western Australia was a turning point, with industry estimates of avocado production in the state being up a staggering 265 per cent on the previous year,” said Piggott.

“This was driven by a 21 per cent increase in the hectares of avocado trees in Western Australia that reached maturity and produced fruit in this season, coupled with optimal growing conditions in the state.”

In 2021/22, the average volume of avocados consumed by each Australian household increased 31.2 per cent on the previous year, the report said. This is despite households spending 29.1 per cent less on avocados, due to lower prices.

Consumer market dynamics have also improved according to Piggott, with the percentage of Australian households buying avocados up six per cent on the previous 12 months.

Export growth will also be required if the industry is to find an outlet for its expanding production and the report said Australian exports had already increased by more than 350 per cent in the past year.

“The Singapore and Hong Kong markets have been stand-out performers, with Australia growing to account for 46 per cent and 12 per cent market share of their avocado imports, respectively,” Piggott said.

“Malaysia remains an integral export market and has rebounded from Covid-related impacts, with Australian exports making up 46 per cent of the total imported avocados into Malaysia. Exports to the rest of the world are also up, including to the Middle East and Japan.”

This growth has continued into 2022 with Australia exporting 2,800 tonnes in the first quarter.

The export space is not without its challenges, competition is on the rise in Australia’s main market Asia, from the likes of Mexico and South America.

There are also other challenges, including significant trade barriers, with Australia currently having either limited or no access to three of the largest avocado-importing markets in Asia – Japan, China and Korea.

“While exporting provides the greatest opportunity for Australia’s avocado industry to attract a good price and improve revenue, ensuring high export quality is paramount to maintaining the reputation and premium of the fruit, and continued investment in improving export access remains a key priority for the Australian avocado industry,” Piggott said.