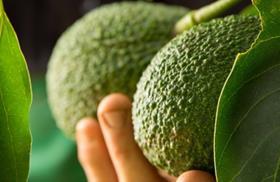 Australia’s avocado industry continues to grow with the latest data released by Avocados Australia showing production increased 2 per cent to 87,546 tonnes over the 12 months to 30 June 2020 (2019/20).

It forecasts production to increase strongly over the next few years with at least 115,000 tonnes to be produced per annum by 2025. This trend is driven by growing consumption in Australia, which rose again in 2019/20 to 3.88kg per person.

Although most of Australia’s avocados are grown to feed the hungry domestic market, there are opportunities overseas, particularly in Asia.

The upcoming Summer edition of Produce Plus Magazine will include the latest news from the Australian and New Zealand avocado industries.