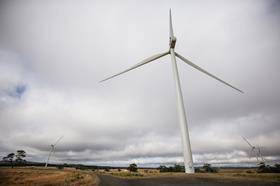 Coles will source 100 per cent of its electricity needs from renewable sources by the end of FY25 after the last of the power purchase agreements needed to meet the ambitious target were signed this week.

LGCs will be sourced from renewable electricity generated at wind and solar farms across Victoria, New South Wales, South Australia and Queensland, and will propel Coles further in its ambition to become Australia’s most sustainable supermarket, under the Together to Zero focus area of its sustainability strategy.

Coles chief sustainability, property and export officer Thinus Keevé said he was extremely proud Coles had not only created a clear pathway to achieving its 100 per cent renewable electricity target on schedule, but has also set the plan in motion less than a year after announcing the target.

“As part of Coles’ sustainability strategy, including Together to Zero, we set the ambitious target to be powered on 100 per cent renewable electricity by end of FY25. The agreements with Origin Energy, Acciona Energía, and Engie puts us on the path to achieve this,” he said.

“We can now say with confidence that Coles will be 100 per cent renewable from 1 July 2025, which is an incredible achievement.”

In June 2021, Corowa Solar Farm in New South Wales became the first of three solar plants included in the agreement to be fully operational. Throughout FY21, Coles has also signed agreements with Lal Lal Wind Farms, Neoen, Engie and CleanCo.

The significant milestone comes as Coles was recently ranked the second out of 62 food retailers globally for sustainable business practices in the World Benchmarking Alliance’s 2021 Food and Agriculture Benchmark, the highest ranking for an Australian supermarket.