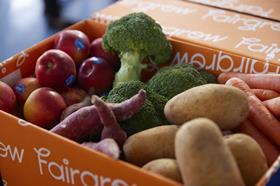 Launched in late 2020, Fairgrow has partnered with growers from across New Zealand to capture surplus and donated fresh fruit and vegetables.

The produce has been distributed by the New Zealand Food Network to community food rescue organisations, iwi and charities. The 1m kilograms is equal to 5.5m servings of fresh produce.

“We know this past year has been challenging for many Kiwi families, with widespread increased demand for food support. As a country of nutritious fresh food producers, it’s vital we work together and support those who need it most,” said T&G chief executive Gareth Edgecombe.

“Together with our network of growers, we’ve ensured 1m kilograms of surplus produce or produce without a commercial home, has not gone to waste. I’m immensely proud of our combined efforts and this huge milestone reflects the generosity of our growers and partners.”

In addition to capturing and aggregating donated produce from grower partners, as well as from T&G’s own business, Fairgrow also raises funds to buy produce to donate when it’s not in season, or not readily available.

“The most recent lockdown has exacerbated existing food insecurity levels with demand for support reaching an all-time high,” Findlay explained.

“While many of our food hubs have been working tirelessly on the ground getting food into our local communities, ensuring there is enough food to go around has had its challenges. Fresh produce from Fairgrow and its network of growers has made an enormous difference, giving families the nutritious food they need.”