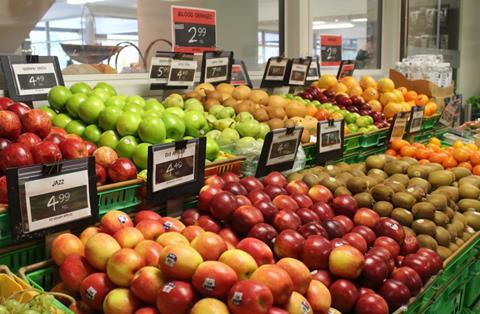 The report is based on numerous sources, including the findings of the 5+ A Day Charitable Trust’s Awareness and Consumption Survey, conducted by NielsenIQ in September 2022.

“In the fruit and vegetable aisle alone, 35 per cent of consumers surveyed towards the end of last year reported increasing their spend on fresh produce for health reasons.”

Along with health and wellbeing, the report said restricted budgets would shape trends around how and where New Zealanders consumed fresh produce in 2023.

United Fresh predicted eating out would be one of the first luxuries trimmed from weekly household expenses, however they would still crave the unique flavour combinations offered at their favourite restaurants or take-away stores.

“Home cooks are keen to try preparing restaurant-quality food without the cost or the added calories and salt.

“This trend has also been born out of a renewed confidence in the kitchen from spending so much time at home and has seen an increase in adventurous palates as people become bored of the same old family dinners.”

Over 45 per cent of New Zealand shoppers are going online or turning to social media for new recipe inspiration, according to the report.

“TikTok is dominating the digital space and is expected to continue to influence over 1 billion users this year,” the report said.

“Cooking hacks, recipes and food trends from TikTok contributors around the world are creating new trends on an almost daily basis. And while the platform often gets publicity for the craziest viral posts, such as avocado butter boards, it’s an increasingly valuable platform for sharing innovative ideas.”

Meal kits will also be a significant fixture for the New Zealand grocery industry in 2023, according to the report, with consumers looking for quick solutions to get dinner on the table after a busy day.

United Fresh is a member-based organisation that aims to support and promote the New Zealand fresh produce industry.