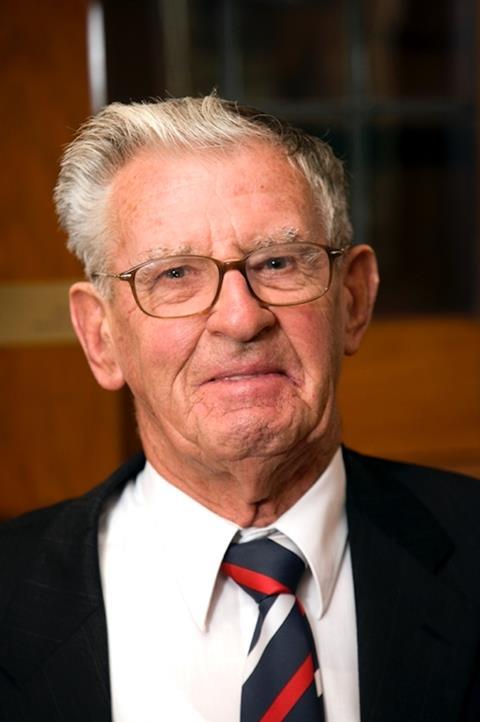 John Cripps, the breeder behind Pink Lady, was honoured for his legacy to the global apple industry

John Cripps, the British-Australian breeder behind the Pink Lady apple, was honoured during a special event at the International Pink Lady Alliance (IPLA) conference last week.

Cripps, who passed away earlier this year, aged 95, was the breeder of Cripps Pink, a cross between Lady Williams and Golden Delicious. The variety, selected in 1984 from an extensive breeding programme, was launched under the Pink Lady brand in 1991. He also bred its sibling Cripps Red, which is marketed under the Joya and Sundowner brands.

Born in the UK in 1927, Cripps moved to Australia in 1955 to work for Western Australia’s Department of Agriculture, and it was in that role that he bred the varieties.

The IPLA membership hosted a tribute to the legacy Cripps left the global apple industry during its annual conference, which was held on 30 October-1 November at the Sukhothai Hotel in Bangkok in conjunction with Asia Fruit Logistica.

The IPLA aired a member tribute video on 1 November to honour Cripps’ memory, as well as hosting a tribute dinner.

“The privileges that have come from John’s legacy in Cripps Pink-Pink Lady apples have been enormous,” said Durham.

“At the financial level, there are many in the apple value chain globally who have enjoyed significant financial rewards as a consequence of becoming involved in the business of Pink Lady apples.

“At a personal level, the fellowship and camaraderie that has come about as a result of the Pink Lady apple business has been just phenomenal.

“And for consumers, this is a wonderful apple – one that consumers the world over enjoy every single day. It is an absolute world beater and long may the success of Pink Lady apples continue. Thank you, John from all of us for your great work.”

“It has only been at this conference that my sister and I have really come to understand the significance of our father’s contribution to the global apple industry,” Helen Cripps told Fruitnet. “We are proud of all his hard work, personal sacrifices and persistence to create a new variety of apple when many believed it was not possible.”

“Dad grew up in England and he thought there must be a way to create a better eating apple than the ones that grew in his backyard,” she continued.

“He wanted to take the storage qualities and firm flesh of Lady Williams and combine them with the sweetness of Golden Delicious. It took 110,000 crosses and lots of apple tasting by Dad to come up with the Pink Lady.”

The 2022 meeting in Bangkok, which opened with a keynote speech from Fruitnet MD Chris White, was IPLA’s 21st annual conference. The event celebrated 26 years of collaboration since key international delegates met in Freemantle, Western Australia, in 1996 to “address options for collaboration in the development of international markets for Pink Lady apples”. The entities represented by those delegates went on to become the founders of the IPLA.

A non-profit company, the IPLA is a formal alliance of key role-players in the global Pink Lady business and was founded in 2001.