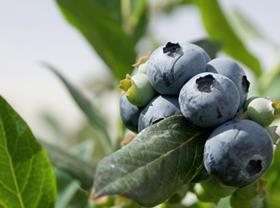 The MIRA bid is proposed as either a scheme to acquire all 185m units in the trust at A$1 each, or as a A$300m offer to buy the assets directly, should the trust scheme not be supported.

Macquarie said both its scheme proposal and the asset purchase plan are both fully funded and all-cash, are not subject to due diligence, and have received approval from the Foreign Investment Review Board.

The proposed buy-out is conditional on Vitalharvest not conducting any capital raising or assets sales or acquisitions.

'MIRA strongly believes the all-cash transaction is highly compelling and in the best interests of Vitalharvest unitholders and expects the transaction will be well received by the responsible entity,' a company release read.

Macquarie described the Vitalharvest portfolio of berry and citrus farms as 'well aligned' with its own agricultural expertise and strategy.

In a statement, Costa said it regards its current Vitalharvest leases as legacy arrangements. “All subsequent expansion by Costa beyond those sites in the berry and citrus categories has not involved and will not involve Vitalharvest under any variable lease arrangement.'

Costa has an existing relationship with MIRA through its leasing of several avocado farms, which are all based on fixed rental arrangements operating under 20-year leases.

“In the event that MIRA was successful in its offer and given the terms of our current leases with MIRA, Costa would be confident that the existing Vitalharvest leases could be restructured, with the aim that they convert to a fixed rental arrangement that reflects terms consistent with market conditions and that would be value accretive over the medium to longer term,” the statement read.

It is expected the assets will continue to be operated by Costa in the long term.