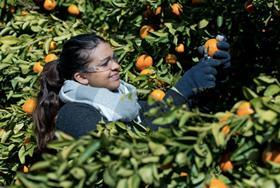 Australia's National Farmers Federation (NFF) is calling on the national cabinet, comprised of federal and state governments, to agree on a consistent and safe approach to quarantine arrangements for foreign workers.

In August 2020, the federal government approved a Covid-safe restart of the Pacific Workers and Seasonal Worker Visa programmes, putting the onus on states and territories to submit a plan that satisfied public health protocols.

NFF said that, despite all jurisdictions having submitted satisfactory plans, except Victoria, only about 1,500 international workers have arrived in the six months following.

“We believe much of the consternation from state leaders relates to quarantine arrangements: indecision and stubbornness about where workers should spend their mandatory quarantine period, and who should pay for it,” said NFF chief executice, Tony Mahar.

To date Queensland is the only state to deploy on-farm quarantining, a model that is supported by AgForce and which is widely viewed as the preferred approach. Especially for states with a need for workers in very remote areas, such as Western Australia, where it is possible to safely quarantine and work at the same time.

“While our leaders’ squabble over who should bear the cost, farmers are bleeding.

“Already fruit and vegetable growers alone, report to have lost A$38m worth of crop due to labour shortages,” explained Mahar.

NSW Farmers chief executive Peter Arkle said farmers were pleading with National Cabinet to put their heads together and come up with a workable solution that would meet health protocols and help ease the dire worker shortage.

“Right now, fruit and vegetables are being left to rot on the vine, and some growers are making the decision not to replant, fearing they won’t have the people power to get the job done any time soon.

“A quarantine cost-sharing arrangement between the federal and state and territory governments is surely a logical solution to the deadlock. Farmers are also prepared to do their bit,” said Arkle.