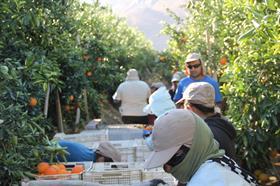 One method used to determine how harvest workers on Australian farms are paid is set to come under scrutiny this week, with the Australian Workers Union (AWU) aiming to fix a system it said 'exploits vulnerable workers'.

Australia's ‘piece rate' system, essentially where workers are paid an amount based on the volume of fruit or vegetables they pick and not an hourly award rate, was taken to the Fair Work Commission by the AWU.

The AWU’s case aims to amend the Horticulture Award to guarantee every worker on every farm is entitled to take home the minimum casual rate of pay, currently A$25.41 per hour.

Manipulation of the piece rate system has led to widespread incidences of workers getting paid as little as A$3 per hour, as revealed by a range of inquiries and reports, including recently in the McKell Institute’s landmark Blue Harvest report.

Under the AWU’s proposed amendment, piece rates arrangements would still be permitted, but every worker would be guaranteed the award rate as a floor. AWU national secretary Daniel Walton said he was confident his union’s case was strong and just.

'Australia was built on the principle of a fair day’s pay for a fair day’s work. Piece rates violate this principle, making it easy for vulnerable workers to be cheated, ripped off, and exploited,' Walton said.

'The farming lobby loves piece rates because their complexity is a great place for wage thieves to hide. Currently you don’t even to record how many hours someone is working. If we’re serious about cracking down on wage theft and abuse, then we have to put a floor under piece rates.

“An hourly wage floor would make it much easier for a worker — even a disadvantaged, vulnerable worker – to know if [they’re] being ripped off. The equation becomes: ‘Are you making at least $25.41 an hour? No? OK then you’re being cheated.’ Obviously that’s much easier then weighing up all the intricacies and loopholes of piece rates,” he continued.

Walton believes the government will fight the case because it undermines what he defined as a “new strategy of bringing in easily exploited workers from Southeast Asia”.

“The whole point of the new ASEAN visa is to open up new streams of workers who can be easily deceived and intimidated at work. Making it easy for these workers to understand if they’re being short-changed is the last thing the farming lobby wants,” said Walton.

“Report after report has shown us that exploitation, abuse, and even slavery is widespread on Australia’s farms. The farm lobby loves to claim that workers on piecework arrangements make more than the minimum wage. If that’s the case what we’re proposing should have no impact on them. There is no reason we should accept that fruit and vegetable picking exists in an industrial no man’s land outside Australia’s norms and standards. Minimum wage applies to every other job, it should apply here too.”

Walton said the AWU winning the case would help “attract Aussies back into a sector where they should be working.”