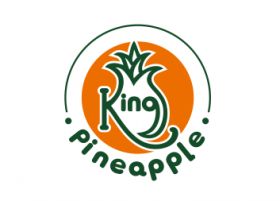 Colombian pineapple supplier King Pineapple will export its first pineapple volumes to the UK at the beginning of 2009 once a deal is signed with a local importer in a bid to tap into growing demand for the popular MD2 variety.

Following successful trials this year, the group, which was originally set up in 2006 to supply the domestic market, plans to make its presence known on the UK before expanding to other markets across Europe.

“The short-term goal is to export 90 tonnes to UK as of week 4 next year,” Carlos Manuel Uribe, a shareholder in King Pineapple, told Fruitnet.com. “Eventually, the plan is to ship 250 tonnes each week starting from August 2010.”

While the production of pineapples, and particularly the MD2 variety, is relatively new to Colombia, Mr Uribe said the country has the right credentials to become a more competitive supplier than neighbouring Ecuador and Costa Rica.

“Colombia has the opportunity to be present in the market for 12 months of the year since we can produce pineapples all year round under our climate,” he said.

“We have the right weather conditions, topography and geographical location to become a serious global supplier.”