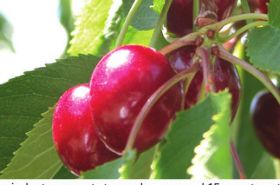 The Washington State Fruit Commission (WSFC) has had to scale back promotions of Northwest cherries in the light of the poor 2008 sweet cherry harvest.

“Because the season is later and the crop is much smaller, we’re not seeing the money until later, which causes us to cut back on our promotions,” commission president and manager BJ Thurlby told Capital Press.

Northwest cherry producers contribute US$18 per tonne to the commission to promote the crop domestically and on international markets. This is used for advertisements and publicity events, amongst other activities.

Keith Hu, international marketing director at WSFC, said promotional events in China, Hong Kong and Taiwan had had to be cut back.

Mr Thurlby added that the lateness of the crop meant harvesting would be pushed back to the third week of August, forcing it to clash with soft fruit harvests in the region.