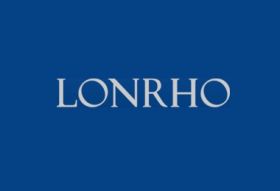 Ben Ward has been appointed chief executive of the agribusiness division of UK-based industrial conglomerate Lonrho, a key supplier of African fresh produce to markets around the globe.

Ward, who has previously worked for two of the biggest names in the global fresh produce trade – Capespan and AMC Grupo – will lead the planned expansion of Lonrho's agribusiness operation, which sources and supplies fresh fruit, vegetables and salads from countries across Africa including South Africa, Kenya, Namibia and Zimbabwe, from the group's Johannesberg office.

"We are delighted Ben is joining the senior management team at Lonrho," commented Lonrho's chief executive Geoffrey White. "His in-depth experience in the produce market from production through logistics to interfacing with global retailers means he is perfectly matched to Lonrho's business model of providing the route to market for delivering African produce to the growing consumer base in Africa and to the increasing number of the world supermarkets that are turning to Africa as an essential source of produce to fill their shelves."

Lonrho's Rollex division, which has its head office in Johannesberg, sources, packs and delivers fresh fruit and vegetables from across Africa in collaboration with other subsidiaries Fresh Direct and Lonrho Logistics, delivering to retail clients including Shoprite, Spar and Pick n Pay in South Africa as well as international clients such as Tesco, Sainsbury's, Marks & Spencer, Univeg and TFC Holland.

With extensive experience in managing global supply chains, dealing with multinational retail customers and handling primary production, Ward will be responsible for the day-to-day running of the division and has been tasked with overseeing its future development and growth.

Ward was born in the UK and educated in South Africa, embarking subsequently on a career that took him to work in London for Ernst & Young and HSBC Investment.

In 1997, he joined Capespan International, where he rose through the ranks and was appointed first as director of finance and operations at Capespan UK in 2004 and then as executive director of Capespan Ltd two years later.

"In the past five years, he has built a sustainable business in the US market with both imported and domestically produced produce, which included acquisitions of businesses and investments in plant breeding and licensing, and developing vertically integrated logistics capabilities," said a spokesperson for Lonrho.

"This resulted in expanding the customer base from a single customer to now include six of the top ten retailers in the US. The business invested in controlling its own export operations out of both South Africa and South America to streamline the supply costs and remain more competitive.