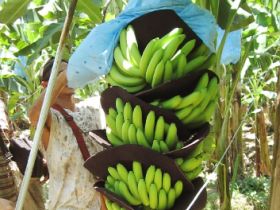 The duo will jointly develop research projects and exchange scientific data in order to develop technological solutions for the banana industries in both Costa Rica and Brazil.

According to Corbana general manager Jorge Sauma, the new partnership follows a number of years of scientific collaboration between Corbana and Embrapa to improve banana plant genetics, resistance to disease and molecular biology.

Research will be carried out at both organisations’ headquarters in Brazil and Costa Rica as well as on local banana plantations.

The move is aimed at improving banana production methods and producer know-how in both Latin American countries.