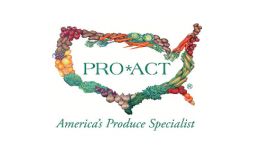 Originally, the firm was two separate entities, Tom Yee Company and Tom Yee Produce before those companies were merged and repositioned as North American Produce Sales in 1994 by third-generation owners Dennis, Harry and Peter Tom.

“Joining the PRO*ACT organization is an important step in the continued evolution of our company. We’re excited to begin realizing the benefits of quality products, top-notch food safety systems, combined purchasing power and the sharing of best practices that PRO*ACT offers,” said president Dennis Tom in a press release.

“We know that not only will North American Produce Sales benefit from the relationship, but our customers will, as well.”

“Just as we have in the United States, we are developing a strong, unified, specialized produce distribution presence in Canada,” explained Lloyd Ligier, vice-president of business development at PRO*ACT.

“We’re happy to welcome the Toms and the entire North American Produce Sales family to the PRO*ACT family.”