Flower Sprouts renamed for US 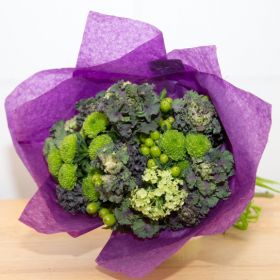 Flower Sprouts have been renamed Kalettes for the US market

Breeder and seed firm Tozer Seeds is launching kale sprout hybrid Flower Sprouts in the US after renaming them Kalettes.

Flower Sprouts launched in the UK four years ago and are set to hit US shelves this September. It has previously also been rolled out in the Netherlands.

“Kalettes were very popular in the UK, under the name Flower Sprouts. We are introducing them as Kalettes in the United States to best reach our own kale-loving population,” says Lisa Friedrich, Kalettes marketing representative.

“Kalettes cook faster than Brussels sprouts, and have almost endless preparation possibilities. They can be sautéed, roasted, grilled, or eaten raw; served whole, or sliced. And because many people don’t eat enough vegetables, this is a fun new way to expand people’s horizons.”

“If we can inspire a new generation to be vegetable lovers by developing new varieties, not only will we be improving the market for fresh vegetables as a whole, but hopefully, the health of a nation.”