Using a list of 47 options, Nielsen researchers found that fresh fruit is the worldwide snack of choice, with chocolate just behind 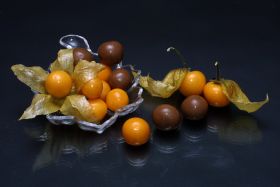 Global snack sales totaled $374 billion annually as of March 2014—an increase of two per cent year-over-year, according to Nielsen retail sales data.

And there's good news for those in the fresh produce industry, as across the regions, and by large margins, global respondents said that fresh fruit (18 per cent) is their snack of choice selected from a list of 47 different snacking options, followed by chocolate (15 per cent).

Europe ($167bn) and North America ($124bn) make up the majority of worldwide snack sales, with sales flat in Europe, and growing at a two per cent rate in North America, compared to the previous year.

Confectionery, a category which includes sugary sweets like chocolate, hard candy and gum, comprises the biggest sales contribution to the overall snack category in Europe ($46.5bn) and the Middle East/Africa ($1.9bn).

Taste preferences for snack options are noticeably different around the world, though, Nielsen's research found. Besides fresh fruit and chocolate, large percentages of respondents also snack on vegetables in Asia-Pacific (57 per cent), cheese in Europe (58%), bread/sandwiches in the Middle East/Africa (47 per cent), ice cream/gelato in Latin America (63 per cent) and potato chips/tortilla chips in North America (63 per cent).

The findings of the survey were based on respondents with online access across 60 countries.